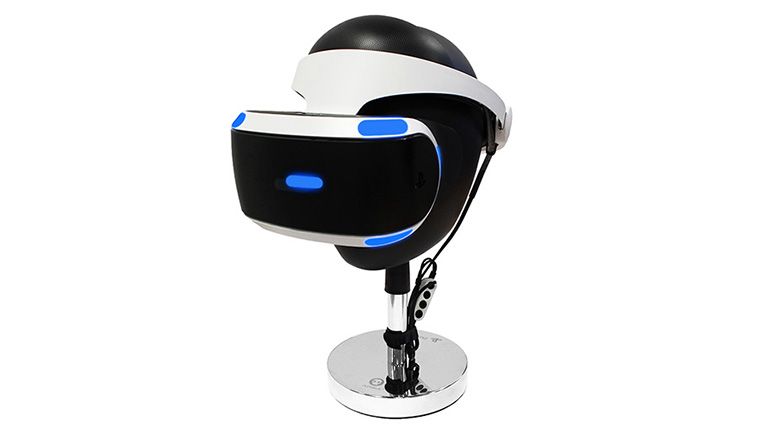 Sony PlayStation, in partnership with Numskull, has revealed an official headstand for the PlayStation VR headset.

The headset is constructed from obsidian and comes with an adjustable metallic base and cable management system.

Here is the headset's official reveal video demonstrating its functionality:

The Official Headstand for PlayStation VR can support the headset at any height between 38-48 cm and weighs in at 2.3kg, meaning that it isn't top heavy and easily knocked over. Engraved Numskull and PlayStation VR logos complete the package.