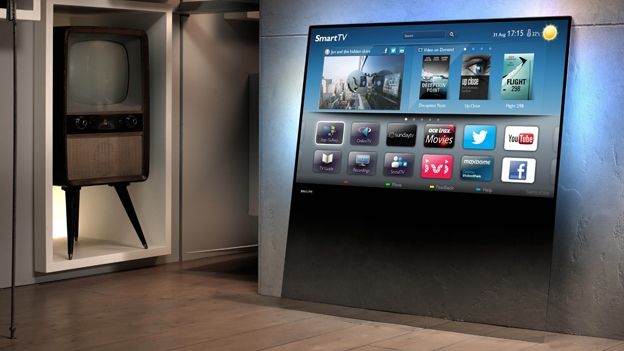 TP Vision has unveiled the rather stunning Philips DesignLine TV made from a single sheet of glass. The 'leaning TV' is made up of a huge sheet of glass which features a black gradient which blends the TV into the glass.

Available in 46-inches and 55-inches the company's flagship HD TV features the Philips Perfect Pixel engine inside and boasts active-shutter 3D technology. Of course it wouldn't be their top-of-the-range model if it didn't then also include 2-player full-screen gaming and 2D to 3D conversion technology as well.

Accompanying the DesignLine will be a brushed aluminum remote which lets you point at the screen whilst also including a keyboard with which to access the Smart TV features.

WiFi Miracast lets you share content from iPhones, iPads and other Android devices straight to the TV over your WiFi network. The DesignLine also features MultiRoom which lets you stream what's being shown on the TV to any compatible TV in the house.

This isn't the first time a company has launched a design-focused TV after Samsung unveiled the Samsung S9 85-inch 4K TV at IFA 2012 which has claim to being the largest 4K TV in the world.

As expected the DesignLine isn't exactly gentle on the wallet and will be landing in the UK in June with a price tag of £2000 for the 46-inch model and £2800 for the 55-inch.