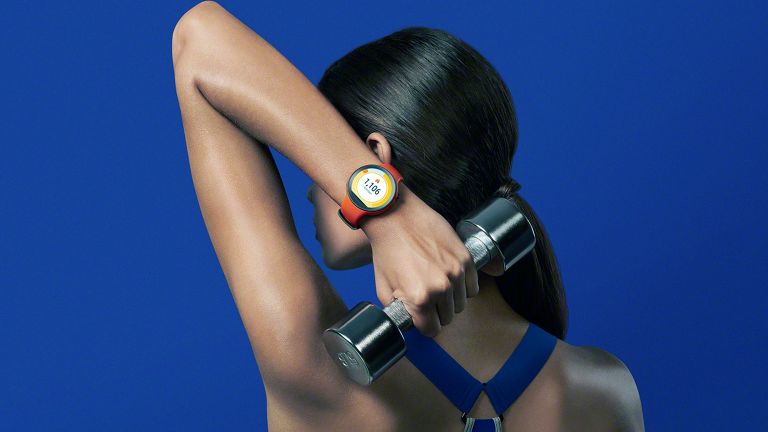 We liked the newMoto 360, but in many ways the one we've REALLY been waiting for is theSportversion - check out our full Moto 360 Sport review.

Costing £219/$299, here are six reasons you should strongly consider getting one. And one good reason you shouldn't bother…

1. It frees you from your phone

For a lot of runners, cyclists and gym-goers (not us, granted), this is a clincher. With GPS, a heart-rate monitor and a music player built in, it's your total workout companion, able to track where you're going and how far and what your pulse rate is, all while motivating you with 4GB-worth of pounding and motivational electronic dance music, hip hop or One Direction. Whatever floats your boat.

2. It's every fitness wearable in one

Well okay, not 'every' but with access to all the fitness apps in the Android Wear portion of the Play store, the 360 Sport will be incredibly versatile. Strava, Fitbit, MapMyRun and more will work 'seamlessly', so we're told, with Motorola's own Moto Body app, pouring fitness data all over the place, like a clumsy person wrestling with a bottle of isotonic sports drink. As good as Garmin, Polar and others are, their devices are much more limited in terms of app choice.

3. The screen should be highly visible in daylight

Again, we're reading this off the press release, so apologies in advance if it turns out to be wishful thinking, but Moto'sAnyLight hybrid display reflects daylight, making it easy to read outdoors. That's essential when you want to see at a glance how you're performing/what cardio zone you're in when on a run or ride, and corrects a major failing of many smartwatches and fitness wearables. Indoors, it works just like a regular LCD. It's a substantial, 45mm screen, too.

Particularly for cyclists and more rugged members of the running brigade, this is a must. It means compatible apps can properly track your calorie burning exploits when taking on hill climbs. Again, it removes the need to make use of the one that may be built into your phone.

5. It's an Android Wear watch

In other words, it's not a running watch that has a stab at doing notifications, and has a few apps built for it. It's a full-on, voice-controlled, Google Now-packing smartwatch that does all of the several useful things that a smartwatch can do.

Too many running watches, and quite a few smartwatches, come to that, are clunky, ugly beasts. By contrast, the 360 Sport, in black, white or orange, looks smart, modern and comparatively slimline. It's not unlike the Samsung Gear S2, and we loved that.It is built for fitness, with a well ventilated, sweat-proof silicone strap, but it wouldn't look out of place away from the gym.

So what's the problem?

With ambient screen mode on (ie: the screen is always on, which feels necessary to us, rather than being awoken with a flick of your wrist or press of a button) the battery life is trumpeted by Motorola as 'all day'. Yes, thanks, or to put it another way, it lasts for just one day.

The daily recharging thing is part of the reason smartwatch adoption has been comparatively slow, while fitness wearables, which have much longer battery life on the whole, have taken off. Even the Microsoft Band 2, which is notorious for its lack of longevity, lasts for 2-3 days.

Still, that's how smartwatches are at the moment, so you'll just have to put up with it.

There are other elements that could scupper the 360 Sport - GPS and heart-tracker accuracy being the two things it really needs to nail - but the idea of a (primarily) fitness wearable that you have to charge every night seems weird to us at the moment. Still, maybe we can get used to it if the 360 Sport delivers on the rest of its promise.

We'll have a review asap, ladies and gents.