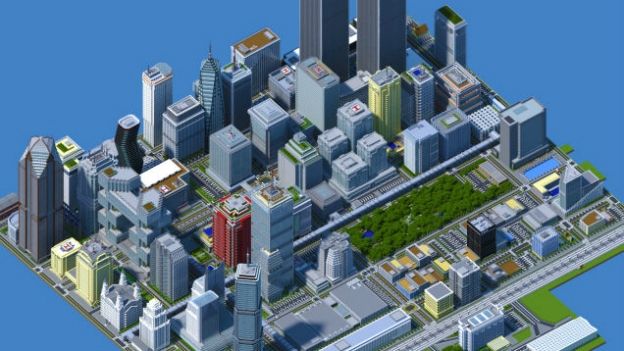 While most students spend their free time at university asleep or on the town consuming their own body weight in alcohol, American student Duncan Parcells took a far more productive approach.

Instead the 19-year-old spent the past two years constructing his own metropolis on Minecraft averaging around five hours a week.

The result? A mind-blowing digital world that's on such a large scale, at a glance it looks more like a screenshot from SimCity.

To make it all the more impressive, Parcells did the whole thing on his Xbox 360 rather than a computer, where it would have been massively easier to construct.

He told the BBC: “A lot of people think it's a recreation but it isn't,” adding that the project is “an outlet for architecture and energy.”

But Parcells isn't done yet, with plans to move the game entirely to his Mac and continue building new attractions including an airport and a sports stadium.

Watch the video below to take a tour through Titan City.