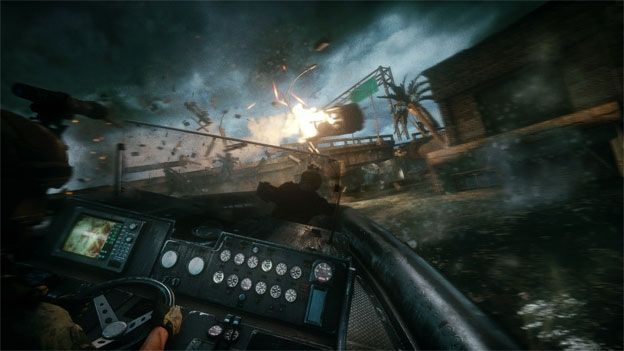 Following the success of Battlefield 3 EA has turned its Frostbite 2 engine to work on Medal of Honor: Warfighter ahead of the game's release

EA is looking ahead to the annual frantic pre-Christmas game release bonanza with the first Medal of Honor: Warfight gameplay trailer released online.

Built around the same Frostbite 2 engine used to create Battlefield 3 EA's ultra realistic first-person shooter will launch later this year as a direct rival to Activision's annual Call of Duty offering tipped to fall under the moniker of Call of Duty: Black Ops 2.

The most true to life FPS release to date Medal of Honor: Warfighter, which is inspired by real-world conflicts and written by Tier 1 operators from some of the world's fiercest regiments, is described by developers as a title which “goes beyond the battlefield and reveals the heartbreaking side of war, told through the eyes of military families.

“With a story written by Operators from this community, Medal of Honor Warfighter unveils intimate insights into the sacrifices of the warriors on the ground – and their families.”

Hitting the full selection of core platforms, eager gaming fans will be able to pick up EA's Medal of Honor: Warfighter for Xbox 360, Sony PS3 and PC when the title touches down on October 23rd.

Are you excited by the upcoming Medal of Honor: Warfighter release? Does the new gameplay trailer have you rushing to pre-order the COD rival? Let us know via the T3 Twitter and Facebook feeds.