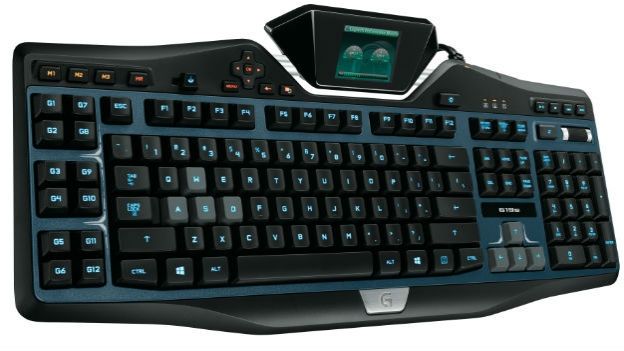 PC gaming is known for many things. One of which is the necessity of accessorising your rig with some outlandish, sci-fi inspired gear.

Logitech has duly delivered with its new Logitech G line up of PC gaming accessories, consisting of two keyboards, two headsets and four mice. And, as you can tell from the picture above, they certainly look the business.

Moving on to the keyboards and you can pick up the G19s (pictured) which, for a modest £179.99 gets you an integrated GamePanel LCD, full backlit keys and twelve programmable keys with up to 36 different functions.

The second keyboard is the slightly more affordable G510s at £99.99 with 18 programmable keys, up to 54 different functions. But it doesn't look as badass.

"For close to 20 years the relentless pursuit of what's next has been our game – and we're pretty darn good at it. With Logitech G we will continue to push the limits of speed, precision, reliability – even intuitiveness," said Ehtisham Rabbani, general manager of the Logitech gaming business group.

"We do it because gamers expect us to push the limits as far as they do. Every inspired design choice and late-night engineering argument serves but one purpose, to help gamers play their best. When science wins – gamers win.”

It certainly seems to us that Logitech is committing itself to full on PC gaming action for the foreseeable future with these new additions. All the accessories are set to arrive here in Europe in May 2013 - just in time for the big summer game releases.

You can find out more about the new kit, and check out pictures and videos on Logitech's official Logitech G page.