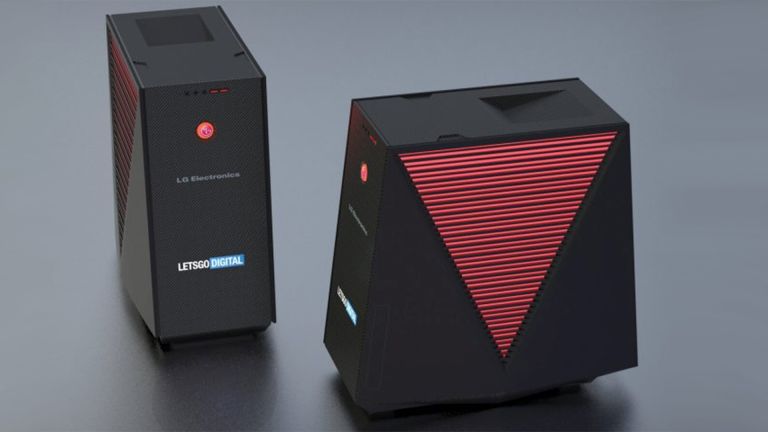 LG appears to be working on a new type of gadget entirely, a gaming PC aimed at offering a mobile way to play games anywhere you like. PlayStation 5 and arch rival Xbox Two might not exactly be trembling in their boots yet but a major consumer tech brand entering the gaming market could shake things up, thanks to powerful internal components, and what we can only describe as a handle on top.

An LG desktop computer gaming PC has appeared in the form of a patent which was spotted by the ever aware gaze of LetsGoDigital. This comes complete with images of the potential future device from LG.

The design patent features seven sketches for a desktop PC enclosure. The device itself is made from a mixture of plastic and metal and contains a handle on the top.
But why?

This appears to be designed with lightness and a mobile ability in mind, making it ideal for LAN parties where gamers want to turn up and plug in without leaving the power of their powerful PC at home.

LG has already been working in the gaming industry with lots of curved monitor options available to buy from the company. These come with features like AMD Freesync tech and 4K resolution, so LG knows what gamers want.

LG may unveil the new gaming machines early in 2019 at CES which will be held in January. We expect LG were very worried about announcing this new console rival, but we now think they’ve got a handle on it now.