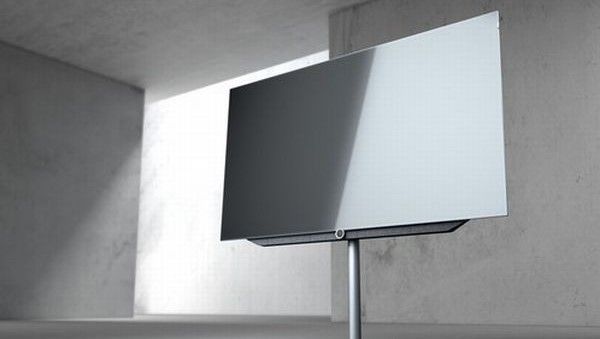 Loewe has taken its time to get into the OLED game, but with the reveal of its new flagship product, the Bild 7, the German manufacturer is hoping to make a big impact with a combination of finely tuned aethesetics and cutting-edge innovation.

Right from the off, Loewe has crammed as much up-to-date technology and innovation as possible into its 55-inch and 65-inch variants. For a start there's the fact it supports 4K Ultra HD and High Dynamic Range (HDR) video, with Loewe also stating the product will be able to support Ultra HD Premium. Support for Dolby Vision has also been promised, but this won't be available until after launch.

Loewe has also combined a crisp OLED display with some of its own, bespoke picture technology, aka VantaVision. Based upon the darkest man-made substance in the world, VantaBlack (tubular particles that reflect almost no light, but absorb up to 99% of it), this tech creates a stunning deep black that conjures the ultimate contrast to crisp, bright colours.

Another neat addition Loewe has added to the Bild 7 mix is the inclusion of a built-in soundbar. With soundbars becoming a common sight in homes around the country, Loewe wanted to offer a OLED TV that broke away from the shallow sound offered by other in-built speakers. It features six active drive units with 120 watts of amplification, and even has a motor that hides the soundbar when the TV isn't in use.

Is this the world's finest TV? It's certainly in contention with its deep contrasts and robust in-built audio - you can see why Loewe has chosen this to be its flagship TV going forward. The Loewe Bild 7 will retail for £4,490 (for the 55-inch version) and £6,490 (for the 65-inch variant) from September.