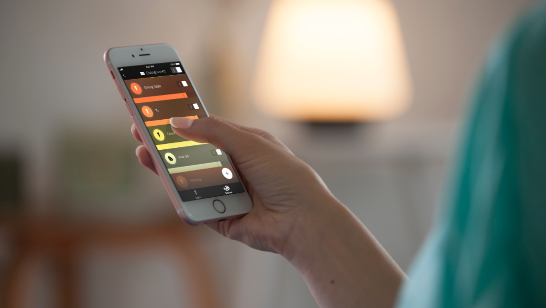 Hue is the world's best smart bulb system. It's great hardware, but the software has often been what scientists call, "a massive pain in the ass."

However, we've been exclusively trialling Hue version 2 for the past fortnight, and even in beta it's been considerably less annoying than the old Hue app. It's easier to adjust brightness and change scenes, Siri voice control is better integrated (although that is less important since you could already use it much more easily via any Apple HomeKit app) and it seems to crash less often.

Hue 2 also comes with some brand new features you won't find in the older version. First off there's the 'Rooms' function, which enables you to group lights in a certain area together and control their luminosity as one room.

There's also 'Routines' for setting lights to switch on and off at different times - you can also set up a 'Nightlight' function that conjures a low level of light in child's room to ensure they don't get spooked by the dark in the middle of the night.

Elsewhere there's the intriguing 'Scenes' feature which extracts the colours from a chosen picture and creates a mood lighting based upon them and the super-useful new Widgets that give you access to up to 10 different lights for quick light control in a hurry.

Why not check out - At last: Philips invents light switch!