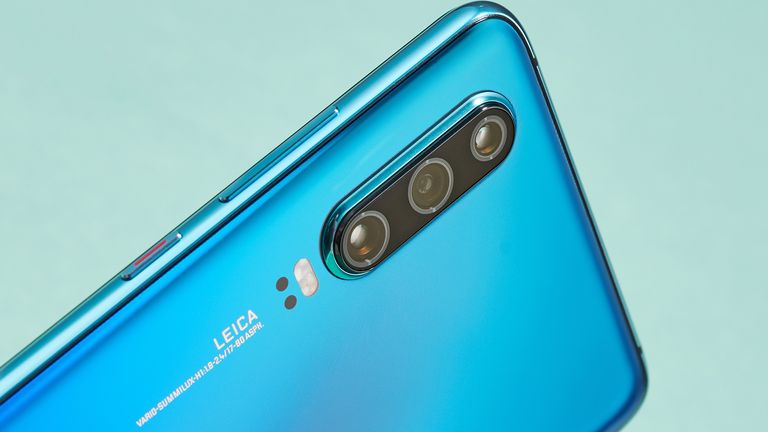 Huawei isn't going to let the Trump Administration stand in the way of the launch of the forthcoming Huawei P40 and Huawei P40 Pro — the firm has renewed the P Series for another iteration, if the latest rumours are to be believed, and it's set to launch in all the largest markets with 5G to boot. Here's everything we know.

With the Huawei Mate 30 now official and the Huawei Mate X being the next major handset on Huawei's radar, much of what we've heard about the Huawei P40 and Huawei P40 Pro is water cooler talk — but that's not to mean there aren't some nuggets of accurate information buried deep in the mounds of wishful thinking.

It's tough to imagine that Huawei is going to reinvent the wheel when it comes to the design of the Huawei P40, with the most notable changes set to come in the form of camera upgrades (more on that in a little bit).

One rumour, that the newly-launched Nova 6 SE will be repackaged as the P40 Lite, could hold the key to Huawei's design: by looking at its four-camera setup, punch-hole selfie cam and screen structure, we can get a glimpse of some of the design influences that will make it to the P40 range. For the most part, the overall build is tipped to remain unchanged.

That's not such a bad thing, though. The Huawei P30 is one of the sleekest and sophisticated smartphones to have hit the shelves in 2019, featuring what's fast been dubbed a sandwich design, in which a sheet of Gorilla Glass is affixed to the rear of an aluminium frame, and a high-resolution screen is mounted on the front.

While that's said to remain the same for the Huawei P40, the firm is believed to have made a couple of alterations — the corners are rumoured to have been squared-off to make it more comfortable to hold (a design choice synonymous with Samsung's Galaxy Note line) and there's a chance the notch could be omitted.

An image of the screen protector, which made the rounds on Chinese social media, supports these theories, with a lightly curved screen and no notch or even a punch-hole present. Could this mean the much-touted under-screen camera is on the way?

Wishful thinking, we know, but it's not entirely out of the realms of possibility. A number of Chinese manufacturers have taken a stab at removing the notch — some resulting to eccentric pop-up front-facing cameras, and some finding a way to bake them in beneath the screen — so it's safe to assume Huawei is working on it, too.

Body-wise, a rumour from Indian outlet MySmartPrice claims the top-end Huawei P40 Pro could ditch the Gorilla Glass for a ceramic body. It's designed to feel premium—but will inevitably add to the surely already-considerable cost of the phone.

Here's some food for thought: The P in Huawei P Series is long-rumoured to stand for Photography — tittle-tattle fuelled by the firm's tradition to push the envelope when it comes to mobile photography with the Pro variant in the range. And guess what? The Huawei P40 (or rather, the Huawei P40 Pro) will be no different.

The most credible rumours we've heard claim the Huawei P40 Pro will have a penta-lens camera on board — like the Nokia 9 PureView — co-engineered by German imaging titan Leica. That's a total of five sensors. The rear cameras are expected to be a time-of-flight, main camera and ultra-wide lens. Two separate selfie cameras, including what's said to be one with a 10MP sensor and one with an 8MP sensor, are said to round out the penta-cam setup.

The current flagship Huawei P30 Pro, for comparison, has four, including the Time-of-Flight (ToF) sensor. Just like the Huawei P30 and Huawei P30 Pro, the setup is expected to be arranged in a periscope-like configuration, which will help the handset achieve the ten-times optical zoom that earned its (then) predecessor the title of the Best Camera Smartphone of 2019, and a revamped sensor array could make that even higher.

As per recent rumours, we expect to see Huawei's in-house, top-of-the-line Kirin 990 — the 5G-riddled successor AI-infested Kirin 980 — running the show, as well as an increase in RAM (somewhere in the region of 10GB on the Huawei P40 and 12GB on the Huawei P40 Pro seems feasible) and a larger battery on both models.

Announced at IFA 2019 and available in two configurations, the flagship Kirin 990 is the world's first all-in-one 5G chipset. It merges a 5G modem with eight cores, offering a maximum download speed of 2.3Gbps per second and impressive performance across the board, with software delegating tasks to individual cores.

What's more, the Huawei P40 Pro is said to come with 5G as standard, eliminating the need to pick up a dedicated variant that has the soon ubiquitous network on board. The same can't be said for the standard Huawei P40, though, which is only expected to support 4G LTE out of the box — which will be reflected in their price.

As it stands, Huawei is allowed to trade with companies in the United States, so many expect the Huawei P40 and Huawei P40 Pro to ship running Android, rather than the firm's in-house alternative. But we could be looking at a different reality come 2020, either because it's been banned again or it wanted to break away.

After all, if Huawei decided to continue to bundle the Google Service-infused version of Android on the Huawei P40 (and all future handsets, for that matter), it would be at the mercy of President Trump. That's why it could decide to venture down a different path, using its own HarmonyOS, so it can remain in complete control.

What's worrying about that is many manufacturers have taken a stab at launching their own operating system — like Microsoft with Windows Phone and Samsung with Tizen OS — and hit a dead end, all for the same reason: there isn't enough motivation for developers to port their applications over to a new platform.

However, Huawei is in a different boat. It's the largest smartphone manufacturer in China and before it had its infamous run-in with President Trump, it was on track to overtake Samsung as the biggest in the world. If that's not enough of a reason alone for developers to start moving their applications over, we don't know what is.

Even if they don't, that shouldn't be too much of an issue — HarmonyOS can run native Android applications, according to Huawei CEO Richard Yu. That means that even if the client you're hoping to use isn't available through the Huawei App Gallery (that's the firm's take on the Play Store), you can download it from external sources.

Obviously, taking to an APK database isn't the most convenient solution, but it does bridge a gap that most other operating systems haven't been able to overcome — acting as a temporary solution until developers take note of the (possible) rise in adoption of HarmonyOS and start listing their creations on the App Gallery.

That means the overall success of HarmonyOS will all come down to execution. The western world isn't as open to heavily-modified animated skins as the Asian market, so it will need to find a way to strip back the interface if it wants to succeed in Europe and North America. If it does that, it could have a winner on its hands.

But we digress. When Yu unveiled HarmonyOS at the start of August, he was clear on Huawei's current stance: "When can we put it on our smartphones? We can do it any time, but for the Google partnership, and efficiency, the priority will be for Google Android OS ... If we cannot use it in the future, we can switch from Android."

Having said that, Google told Reuters on August 29 that its current license to trade with Huawei doesn't apply to new hardware — this entire debacle won't impact the firm's existing devices, like the Huawei P30 — so if it doesn't reach an agreement with the US by 2020, the Huawei P40 could ship with HarmonyOS after all.

However, it seems that Yu is starting to grow rather tired of the situation. The CEO reportedly told GizChina on September 9 that if the situation with the United States does not change in the near future, Huawei will bundle HarmonyOS on the Huawei P40 and Huawei P40 Pro, adding that the firmware is now ready for public use.

The fact of the matter is, we don't know what's going to happen. The Huawei Mate 30 is set to ship running Android 10, sans Google Play Apps and Services, so one would assume that the Huawei P40 will follow suit. After all, Huawei has invested more than $1 billion into making open-source Android habitable for consumers.

It's not going to want to let that investment go to waste.

To reiterate: There's no tangible evidence to support any of these claims — it's mere speculation, drummed up by analysts and supposed insiders alike. As such, we'd recommend taking all of the aforementioned information with a considerable pinch of your preferred seasoning until we have something more solid to go on.