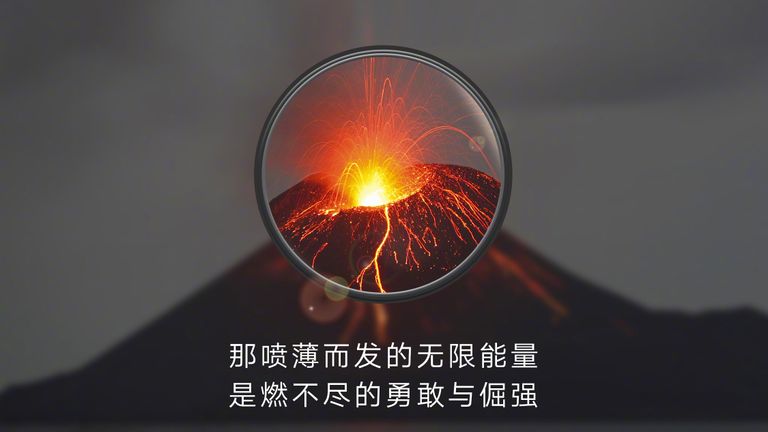 There's a lot to be excited about when it comes to the P30 and P30 Pro smartphones scheduled to launch March 29 in Paris. The new flagship handsets are expected to ship with faster internals and a smaller notch for an immersive all-screen design.

One of the headline features is the new camera. The Huawei P20 Pro debuted with a triple-camera system to enable 3x optical zoom, as well as greatly improved images in challenging low-light conditions. The P30 Pro looks set to build on those credentials, with Vice President of Global Product Marketing Clement Wong recently confirming the addition of a new, periscope-style “superzoom” camera.

Technology blog GSMArena first spotted the error, what the President of the United States would refer to as "fake news". For example, the volcano image used to drum-up interest in the capabilities of the P30 series was actually shot by photographer Tom Pfeiffer on a DSLR and distributed via Getty Images.

The P30 series teaser images were shared on Chinese social network Weibo and strongly imply that the forthcoming flagship smartphones will be able to take images of this calibre. While that's something we're not yet able to test, we'd be willing to bet one of our limbs that the Huawei P20 successor won't be quite good enough to impact DSLR sales worldwide.

A spokesperson for the company told GSMArena, "We’ve been made aware that there might have been some misunderstanding regarding our recent HUAWEI P30 Series teaser posters. We would like to reiterate that those are, in fact, only teaser posters, and are only intended to hint at the unique new features that will come with the HUAWEI P30 Series. Huawei has acquired the licenses to the original images and the posters are artistic renditions of said features only.

"We’d like to take this opportunity to thank the media for their interest in our posters. We have much to announce in the coming weeks. Please stay tuned!"

This isn’t the first time that Huawei has been caught faking the results of its smartphone camera images. Last August, the company was caught using images taken with a DSLR to showcase the selfie camera on its Nova 3 handset.

Huawei CEO of the Consumer Business Group Richard Yu shared detailed photograph of the Moon on his Weibo account last month. The image is believed to be the first genuine sample photograph shot on the P30 Pro.

The photograph was chosen to showcase the improved low-light performance and zoom capabilities of the smartphone camera.