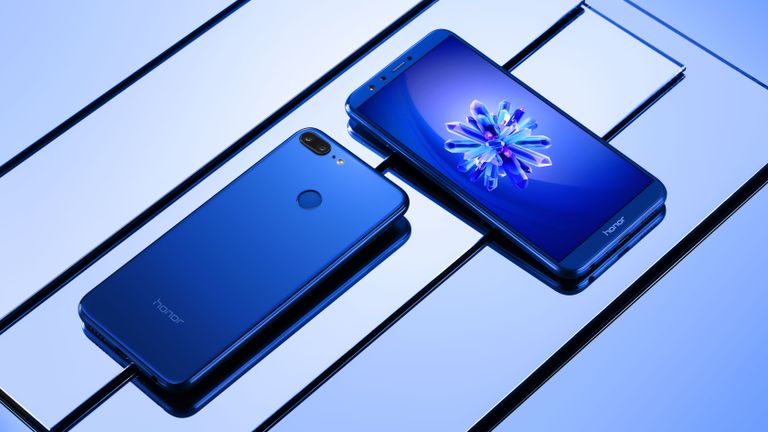 Honor has launched the Honor 9 Lite, a new phone that features an all-glass case, 18:9 FHD+ display, and quad-lens imaging system.

The Honor 9 Lite, which is available from John Lewis, Amazon, AO.com and other stores from today (6th February), is based on the pre-existing Honor 9's design.

Powering the Honor 9 Lite is an octa-core Kirin 659 processor, which has had its clock rate upgraded to 2.36 GHz for faster operation, as well as 3GB of RAM.

Internal storage sits at 32GB, with additional microSD card support up to 256GB.

The Honor 9 Lite's quad-lens imaging system consists of two dual-lens 13MP + 2MP cameras on both the front of the phone and the back of the phone.

The dual front cameras feature a wide aperture of F2.0, with one sensor capturing image details, whilst the other gathers depth of field information. According to Honor this helps produce professional-looking images with natural bokeh effects on both the front and the back.

The casing of the Honor 9 Lite is constructed from 2.5D glass, which is integrated with a nano-scale optical coating. This grants the phone a clean, mirror-like finish.

Speaking on the launch of the Honor 9 Lite, President of Honor George Zhao said that:

"Offering a smooth user experience, a quad camera and an attractive mirrored surface, the Honor 9 Lite is not just a symbol of style, but a way to capture important life moments in a way that’s easier to navigate than ever before.”

Pricing for the Honor 9 Lite has been confirmed at £199 (the Honor 9 currently retails for £279), and is available now in Sapphire Blue, Midnight Black and Glacier Grey colourways from Amazon, Argos, Very, AO.com and John Lewis. More information about the Honor 9 Lite can be found on Honor's official website.