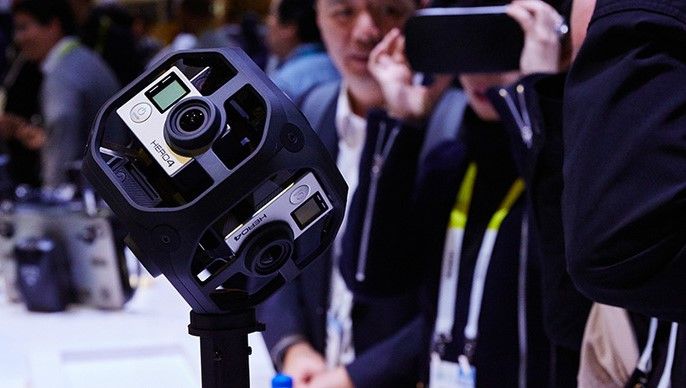 GoPro has finally revealed its latest VR-friendly, spherical camera, complete with six individual cameras and a price tag that should hopefully be a lot more accessible than the $15,000 Odyssey rig released last year.

The Omni may have less cameras than the hefty Odyssey (with six as opposed to 16), but anyone familiar with GoPros slick products will know six are plenty to give you that 360 degree, all round capture view.

We've known GoPro was working on a spherical VR camera since last year and the reveal of that 15 grand monster, but now we finally have a proper glimpse and it looks like it's been given a sturdy frame for serious outdoor capture footage. GoPros have always been known for their resilience, and that extra rig design will no doubt make it even tougher.

Sadly, Omni won't record in 3D as well, but GoPro has confirmed that it will have pixel-level synchronisation, which is techno babble for a smooth picture transition between each camera. It'll also be compatible with Kolor, the VR-friendly software firm GoPro snapped up last April.

No news on prices yet, but the normal outlay for six individual GoPros would be around the £2,500 mark so we wouldn't be surprised to see a final price tag somewhere along those lines. Sound like a winner to you? Let us know in the comments below.

Why not check out:Hands on LG 360 VR review: not so much Gear VR as Oh Dear VR