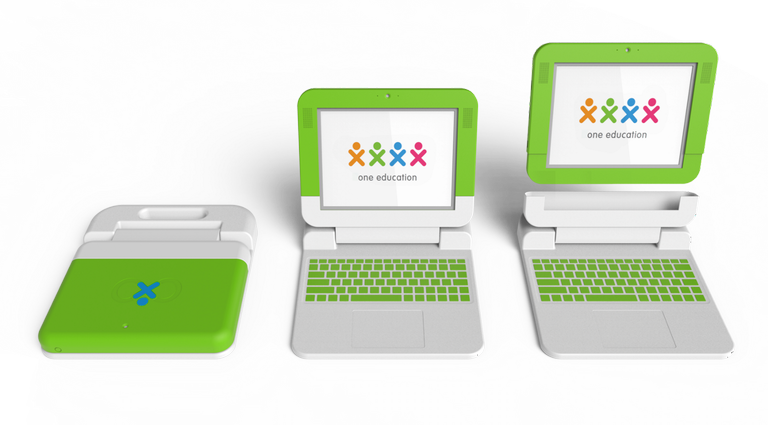 Tablets and laptops for the youngest among us are hardly anything new, but the new Infinity hybrid laptop from One Laptop Per Child (an American non-profit initiative) and its Australian spin-off, One Education, is aiming to do things a little differently.

With a campaign that's just gone live on crowdsourcing platform Indiegogo (where it hopes to raise $50,000 - that's around £33,113 - in funding), the Infinity hybrid laptop won't just be a sturdy device built to withstand the rough and tumble of life in little hands - it's also designed to be modular. So rather than being a single design that will eventually slow down into irrelevancy, the laptop can be upgraded with new batteries, cameras and memory as long as One Education continue to manufacture them.

The Infinity might be designed for future modification, but the base model itself isn't anything to be sniffed at. For those willing to part with a mere $250 (£166) during the campaign, you'll get a 1.4GHz processor, 1GB of RAM, 8GB of storage (which can also be expanded by MicroSD), a basic low-res set of cameras and an 8.9 inch screen.

One Education is hoping to offer even faster and more powerful models if its plans for the Infinity are successful, including Windows 10 support and Gorilla Glass screens. You can check out the campaign here.

Why not check out: What is modular tech and why should you believe the hype?