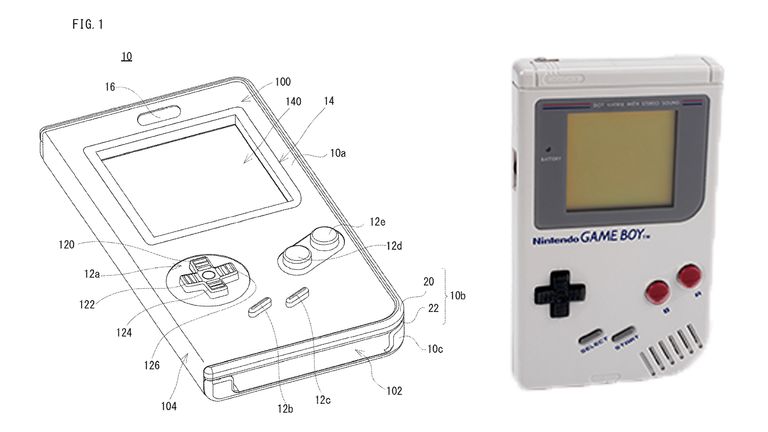 Nintendo looks set to rekindle childhood gaming nostalgia with the launch of a smartphone case with a working GameBoy built-in.

Following its monumental success with the NES and SNES Classic, it looks like Ninty is turning to the 90s handheld console for its next blockbuster commercial success.

Nintendo has patented a folio-style smartphone case with a Game Boy stitched into the front cover complete with physical D-pad, A, B and Start and Select buttons.

There isn't a Game Boy screen sewn into the cover, instead Nintendo has included a cut-out in the case with the same 1:1 aspect ratio as the original console screen. Presumably, the game will be played on the smartphone inside the case, with the video visible through the window in the front of the case.

According to the patent, which was unearthed by technology blog Siliconera, the physical buttons on the front of the case are designed to interact with a touchscreen when the case is clasped over a smartphone.

The prospect of an official Game Boy app with access to the classic catalogue of titles is deeply excited, and something that could generate a bucketload of cash for Nintendo – especially if the games are sold as in-app purchases.

Unfortunately, there's currently no word on a release date for the Game Boy case, or which smartphone models will be compatible with the design when it launches.

It's also worth noting that Nintendo patents technology and products all the time which never make it to market, so it is possible the Game Boy case never leaves the company's R&D department.