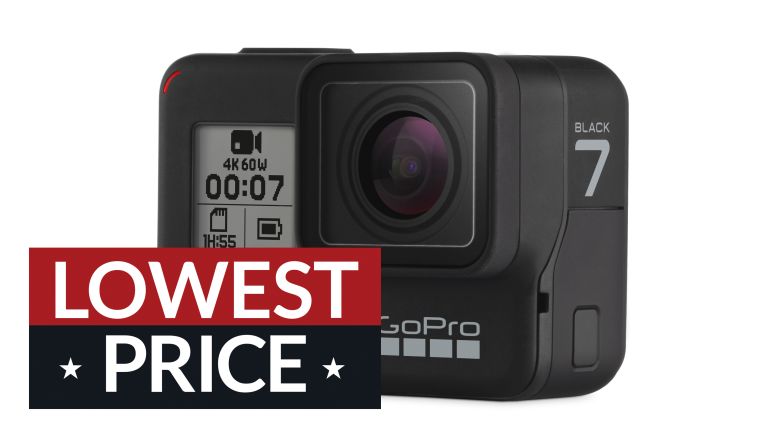 Here's a lovely little GoPro deal for you ahead of the Black Friday sales. The GoPro Hero7 Black – that's the middle GoPro in the current range of GoPro's action cameras – is currently on sale at John Lewis for just £287.29. That's the best price we've EVER seen for this top-notch action camera.

We gave the Hero7 a full five stars in our GoPro Hero7 Black review, so it's safe to say we really like it. The best price right now – and we have no idea how long it will stay this cheap, so you might want to hurry – is below.

GoPro Hero7 White | Lowest price ever: £149.99 at Argos
Now that the Hero7 White has been discontinued by GoPro, retailers are clearing stock at bargain prices, so if you want what was the entry level model just a year ago for £30 less than it's original RRP then this is the deal for you. It shoots in Full HD Video. takes 10MP Photos with burst mode and is waterproof up to 10m. A great introduction to GoPro action cams.View Deal

For more GoPro deals, including deals check out The best GoPro deals, and the live GoPro Hero7 Black prices shown below.