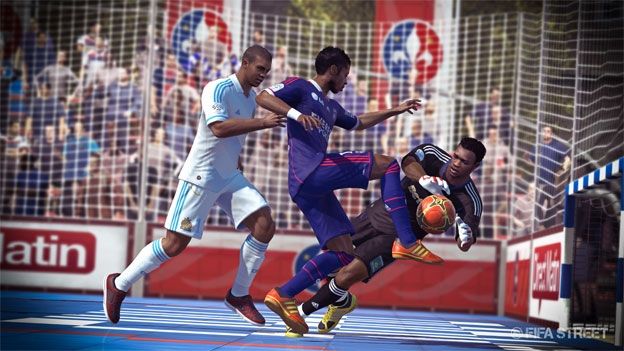 After losing its crown to Star Wars Kinect last week, EA's FIFA Street has climbed back into first place in the UK All Format Gaming Chart.

In the wake of the FIFA Street resurgence publisher EA has once again dominated the weekly chart's podium positions with the Bioware developed EA Mass Effect 3 moving up to second place and FIFA 12 gaining promotion to secure third.

The force was not so strong with Star Wars Kinect, however, which saw a small slump down to fourth position, while Tiger Woods PGA Tour 13 and Call of Duty: Modern Warfare 3 held their positions in fifth and sixth places respectively.

There was better news for Bethesda's The Elder Scrolls V: Skyrim, which ventured from tenth place to seventh, putting it above Battlefield 3 in eighth position and Mario and Sonic London 2012 Olympic Games at ninth – a reversal of last week's fortunes.

EA made yet another appearance in the chart's top ten with reformed snowboarding epic, SSX rounding out the week's lead gaming offerings.

What was your favourite game of the last seven days? Let us know below, or via the T3 Twitter and Facebook feeds.