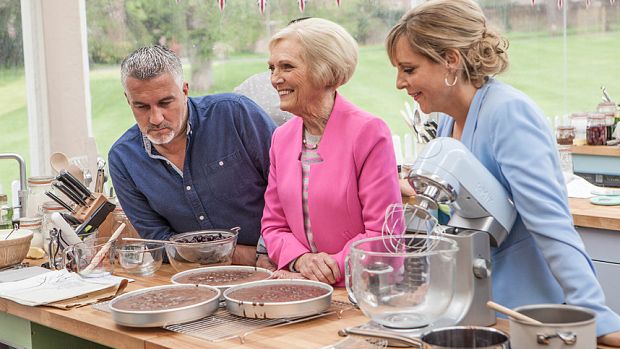 The Great British Bake Off is finally back on our screens, and as well as sizing up this year's crop of amateur bakers, the first episode on Wednesday also gave us a glimpse at this year's hottest baking equipment.

There was a shock return of the KitchenAid Stand Mixer, after it was usurped last year by Kenwood, and there were some other techy treats featured in the show as well.

Of course, when we asked the BBC for clarification of the makes and models, they couldn't tell us as they would be promoting commercial products. Instead, we've donned our deerstalkers and started investigating.

After numerous pauses of iPlayer and searches online, we're pretty sure these are the makes and models the GBBO contestants are using.

Let's get baking shall we?

• The best stand mixers in the universe

It caused a big upset last year (no exaggeration there, really)when GBBO switched from the iconic KitchenAid Artisan Stand Mixers to Kenwood's kMix Stand Mixer. In 2016, KitchenAid is back. The large 4.8-litre mixing bowl and heavy base make this one of the most loved mixers around.

Buy the KitchenAid Artisan Mixer for £380 from John Lewis

New for 2016, this year we've seen hand mixers introduced! Great for when the full-sized KitchenAid isn't required, the brand of choicehere is Dualit. With a 400W motor and four speed settings, the Dualit is perfect for whipping together some egg whites.

Buy the Dualit Hand Mixer for £60 from John Lewis

The Magimix food processor is amulti-talented machine, we saw it in action on Wednesday night destroying some nuts, but it's alsocapable of whisking egg whites, pressing fruits, kneading dough (although, don't let Paul catch you using it), and grating cheese.

Buy the Magimix Food Processor for £320 from John Lewis

At first glance, you'd think it was Smeg keeping things cool in the Bake Off tent, but look a little harder and you'll see a few key design variationsin this retro fridge. The biggest difference is that the freezer door has a frame along thetop, whereas a Smeg has one large panel. Secondly, the handles are different. Obviously, the chrome branding on the front is also missing - maybe Gorenje's is easier to pry off?

There seems to be hundreds of different models of this oven, so I can't be 100-percent certain of the exact one. But I am pretty certain that it's a NefSlide and Hide VarioSteam oven. This features the swish door which opens and then slides into the body of the unit.

Obviously, the GBBO tent doesn't have a gas supply, so the baker's are cooking on these Bosch induction hobs instead. Induction hobs are great because they're easier to control, more energy efficient, quicker, and safe to touch.

Buy the Bosch Induction Hob for £420 from John Lewis

Pretty surprised by this one - Bake Off shunned everyone's favourite scale-maker Salter, in favour of this budget weighing machine from Smart Weigh. At the time of writing it's the number one seller on Amazon, so maybe this was a last minute buy from a researcher.

Buy the Smart Weigh Scales for £13 from Amazon

There were some gratuitous shots of timers being used, which helped us find this little baby, the classic Kitchen Craft Digital Timer. It's not the fanciest timer out there, but hey, it does the job man.

Buy the Kitchen Craft Digital Timer for £9 from Amazon