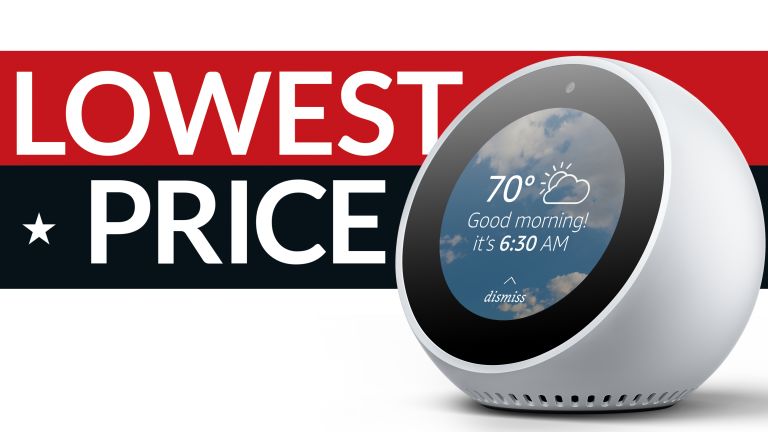 The Echo Spot has been reduced to match its lowest ever price in a phenomenal pre-Christmas deal. Amazon has slashed £30 off the price of the Alexa-powered speaker, bringing the price down from £119.99 to £89.99.

The deal is only available until Friday December 21, 2018 . So, if you're hoping to kit out yourself, or friends and family members, with the AI-powered smart home gadget you should probably add it to your basket sooner rather than later.

After all, when Amazon reduced the price of the Echo Dot as part of its Black Friday sales, the online retailer sold so many of the Alexa smart speaker that it will no longer be in stock until January 6, 2019.

Amazon Echo Spot | Now £89.99, was £119.99 (save 25%)
The Echo Spot is an Alexa-powered smart home gadget with a small, circular display that can be used to play music, check the latest headlines or weather updates, make voice and video calls via Alexa ore Skype, as well as control home security systems. This is the lowest price we've seen for the Echo Spot since it first launched back in January. And it will ship in time for Christmas. Bargain.
Deal ends Friday 21 DecemberView Deal

If you're unfamiliar with the Echo Spot, the device packages the familiar Alexa AI smart assistant into a bedside clock design with a 2.5-inch circular display.

Amazon leverages this display with graphics that add to core skills, like weather, news, timers, and sport updates, as well as the ability to make video calls and 'drop in' on other Show or Spot users.

The Spot also matches the Echo Dot in that, as well as being able to connect to a wireless speaker via Bluetooth, there's also a 3.5mm audio output so you can also physically connect to a better speaker. It's not as fancy, but Bluetooth or a length of cable is a better audio solution for most people than the multi-room, bells 'n' whistles Chromecast, as used by Google Home.

Prime Music, Audible, Spotify, TuneIn, and a slew of other music services can be controlled via voice commands. As ever, smart home control is a key feature. As such the Echo Spot supports a range of brands, including Ring, Arlo, Philips Hue, IKEA, Hive, TP-Link, Netatmo, WeMo, Smart Things, and Tado.