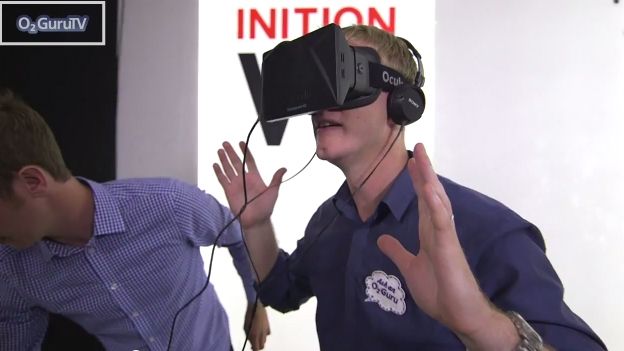 The long-held dream of a virtual reality gaming experience is finally within touching distance, while mobile gaming is coming ever-closer to console quality.

With the imminent arrival of the Sony PS4 and Microsoft Xbox One this November, we stand on the cusp of another great era of console gaming.

However, despite a hugely impressive range of lifelike gaming experiences on the way, there's every chance this coming generation of consoles will be the last.

Some of the world's most innovative and imaginative companies are dreaming up more immersive gaming solutions that could negate the need for an Xbox or PS4. That day could arrive sooner than you think.

In the latest edition of O2 Guru TV's Fast Forward David McClelland takes a trip to Inition Studios in London to examine a potential future where the gaming device becomes part of you.

Take the revolutionary Oculus Rift gaming headset, for example. For years the sci-fi dream of true Virtual Reality has eluded us, but with this headset, it's very, very real.

The Rift fills your field of vision with the games visuals, while responding to your slightest head movements. Imagine playing a first person shooter where you can really survey the land for snipers before stepping into enemy territory? Incredible stuff.

But for those who won't be in the market for this cutting edge next-gen tech, there are plenty of new gaming experiences. As smartphones and tablets become ever more powerful, thousands of gamers are turning to devices already in their pockets!

The Apple App Store and Google Play store offers thousands of high quality touchscreen gaming experiences with graphics and depth to rival the console big boys. Multiplayer gaming is also becoming more immersive, while wearable tech like Google Glass and the influx of smartwatches will also assist our gaming experiences.

Join David and TechRadar's Hugh Langley as they chat through the possibilities for a gaming future where the rule of traditional consoles is truly challenged for the first time in decades.

Remember you can view future editions of Fast Forward by subscribing to the O2 Guru TV YouTube channel. The shows will be packed full of sage-like advice on future tech trends.

If you would more information on gaming, or some free tech help and inspiration, you can chat to an O2 Guru in-store, online or by phone. You don't even have to be an O2 customer.