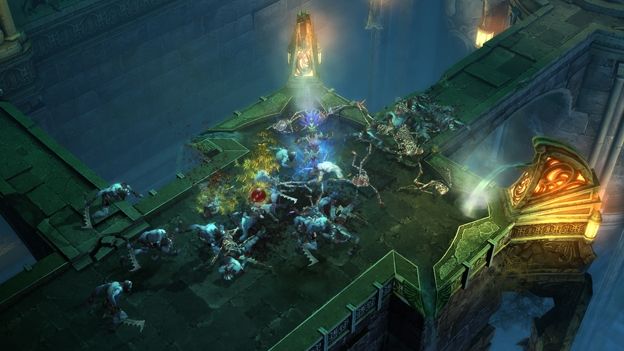 Diablo III is 'up and running' on videogame consoles, but Blizzard's dungeon crawler is still not an 'official project' according to its developer

Will they? Won't they? Blizzard have been hinting that a console version of one of their titles has been in the works for quite some time now, but the Irvine-based developer still refuses to be drawn on whether a release is imminent on consoles. However, in a recent interview with gaming website Polygon, Blizzard's chief creative officer Rob Pardo has confirmed that console builds of the dungeon-crawler, Diablo III are 'up and running'. He was quick to confirm, however, that a console release of Diablo III is not yet 'an official project'

"We're still kind of exploring it," Rob Pardo told Polygon. "We've got builds up and running on it. We're hoping to get it far enough along where we can make it an official project, but we're not quite ready to release stuff about it, but it's looking pretty cool."

"The whole team is essentially working on the next big Diablo thing," Wilson said. "A lot of that stuff will show up next year at some point."

Blizzard has confirmed it has more expansion packs in the pipeline for Diablo III, which should be due out next year.