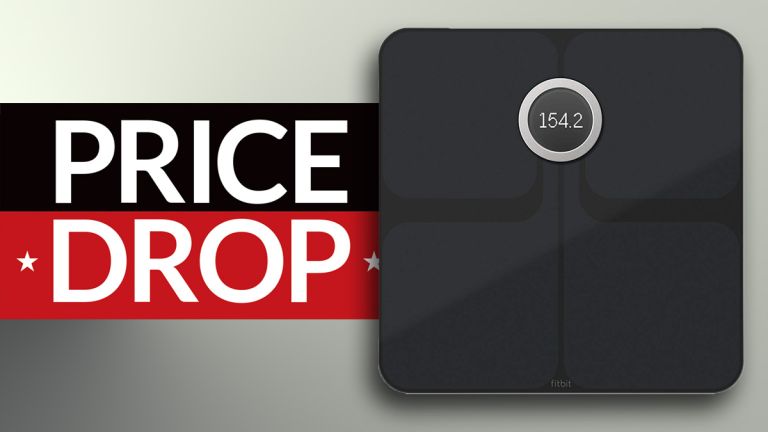 This Fitbit Aria 2 smart scale deal will sweep you off your feet, for real. Not only this is a quality product from a well-respected brand, the Aria 2 is now only just over £95 on Amazon, the white variety anyway. Track body fat percentage, lean mass and BMI for up to eight different people, all on one handy smart scale.

All you need to do is to set the smart scale up, which is super easy using your Bluetooth-enabled smart phone and the Fitbit app. Once it's all set up, just stand on the Aria 2 and it will do the rest for you.

I would say 'don't miss out on this Black Friday deal' but it's too early to say that. Nevertheless, looking at this deal it does feel like Black Friday came early.

Fitbit Aria 2 smart scale, White | Sale price £95.53 | Was £119.95 | Save £24.42 (20%) on Amazon
Track weight, body fat percentage, BMI and lean mass using the Fitbit Aria 2 smart scale. It syncs with your phone via Bluetooth and collates all data in the Fitbit app. Using the Fitbit app, you can seamlessly integrate information from all your Fitbit devices and gather holistic data about your body. The Aria 2 supports up to 8 different user profiles too. On Amazon for under £100, who knows how long!View Deal

Why should you buy the Fitbit Aria 2 smart scale

The Fitbit Aria 2 is the perfect compliment to your Fitbit ecosystem. It tracks body metrics a Fitbit Versa can't, like weight, body fat percentage, body mass index and lean mass. All information is then collated in the Fitbit app, where you can analyse your progression on the user-friendly charts provided by the Fitbit app.

You can also have up to eight different user set up on the scale and for added piece of mind, you can set your details to be visible only you or you can also share it with the whole family.

By integrating an Aria 2 into your Fitbit ecosystem, you can see how everything you do adds up, from steps to exercise to nutrition, and track your trends with easy-to-read graphs.

The Fitbit Aria 2 connects to your phone via Bluetooth and it's super easy to set the scale up too.