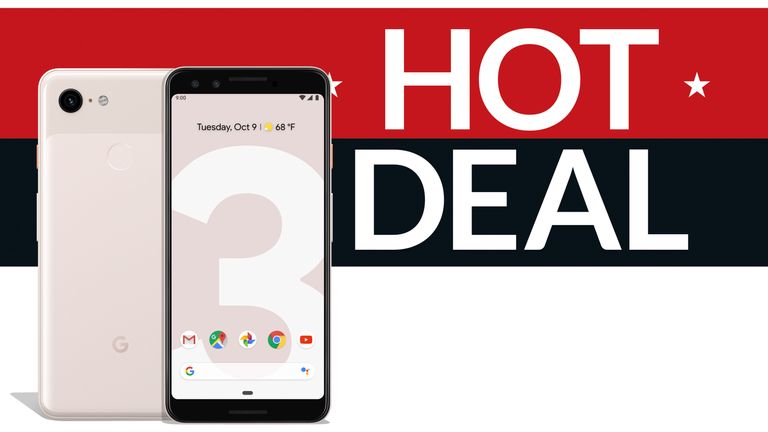 It's no secret that Samsung will hold its next Galaxy Unpacked event on Wednesday February 20, 2019. The press conference is widely-tipped to see the launch of the Galaxy S10, and Galaxy S10 Plus, as well as a new more affordable Galaxy S10e and eye-wateringly expensive foldable Galaxy Fold / Galaxy X.

Ahead of the launch event, retailers have dropped the prices of a number of rival Android-powered smartphones, including the popular Google Pixel 3.

If the rumours around the Samsung Galaxy S10 are accurate, the next-generation handset will be very expensive. Thankfully, the latest Pixel 3 deals are the exact opposite – with contracts on O2 now starting from £18 a month.

For that, you'll get unlimited texts, unlimited calls and 1GB of 4G mobile data. There's also a £220 one-off upfront cost, but that drops to £210 if you use the discount code 10OFF. That comes to a total of £642. That's almost £100 cheaper than buying the Pixel 3 SIM-free from Google, which costs £739. Given that Google only launched its Pixel 3 smartphone in October 2018, that's a serious saving.

Google Pixel 3 on O2 | £210 upfront (with 10OFF code) | 1GB of 4G mobile data | Unlimited calls, texts | £18 a month
If you're excited by the prospect of owning a Google Pixel 3, but have been put off so far by the price tag – this is the deal for you. Unlimited texts and unlimited calls means you don't have to limit your time chatting on the phone, and 1GB of mobile data should be enough as long as you don't binge on Netflix boxsets on the train t work each day. The discount code to the upfront cost is very welcome, too.
Total two year cost is £642

However, if you're looking for more mobile data and don't mind paying a little more to increase the allowance, Mobiles.co.uk has another awesome deal available. This time you'll be on EE, so you'll enjoy the fastest 4G speeds available in the UK today.

It costs £22 a month. For that, you'll also get a hefty 4GB of superfast 4G data, which should be more than enough to scroll through social media, download a few new apps, and stream enough songs and podcasts to pass the time on your commute.

Like the O2 contract, you'll get unlimited texts and calls. There's also a £190 upfront cost, although the same 10OFF discount code works and drops that to £180. That equals a total of £708, which is a little pricier than O2, but still much cheaper than buying the handset directly from the Google Store and buying a SIM-only plan.

Google Pixel 3 on EE | £180 upfront (with 10OFF code) | 4GB of 4G mobile data | Unlimited calls, texts | £22 a month
If you're looking for something with a little more mobile data – not to mention faster speeds – then this Pixel 3 deal from EE is not to be missed. The 24-month contract offers the same unlimited texts and unlimited calls as you'll get from O2, but you will also benefit from 4GB of mobile data each month.
Total two year cost is £708View Deal

However, if you are desperate to get your hands on the Samsung Galaxy S10 when it launches later this week, why not check out our Galaxy S10 deals page for the latest pre-order offers and discounts.