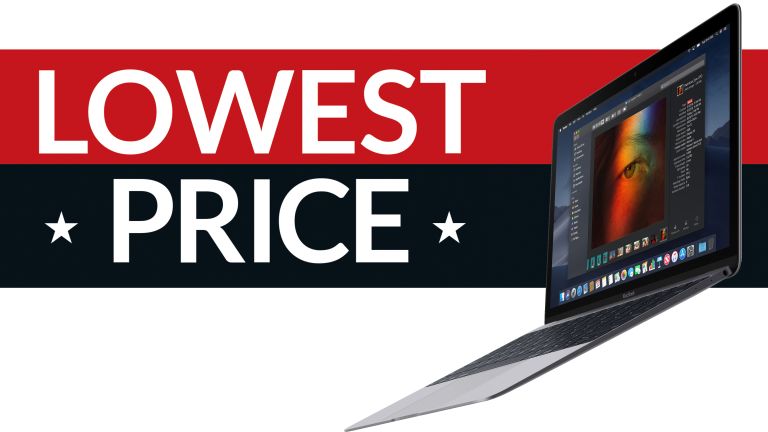 Are you sitting down? Because we've got a stunning new deal for you. John Lewis has slashed £340 off the price of the Apple MacBook – dropping the RRP of £1,339 seen at launch down to a much, much more reasonable 999. That's 25% off.

For that, you'll get a specced-up version of the ultra-portable 12-inch Apple MacBook with a very generous 512GB SSD hard drive, and powerful Intel Core i5 coupled with 8GB of RAM. That should keep things ticking along smoother than the entry-level model (which is also on sale, if you're looking for an even cheaper price!)

If you're unfamiliar with the MacBook, it has a 12-inch Retina Display with small bezels around the screen to keep the physical footprint down to a minimum. It has a wedge design similar to the one found on the MacBook Air and measures a staggering 0.14–inches at its thinnest point. The 512GB SSD should be more than enough for your entire photo collection and expansive iTunes library. And will be compatible with the latest macOS update, dubbed macOS Catalina, which rolls-out this autumn.

Apple MacBook | 8GB of RAM, 512GB SSD | 12-inch Retina Display | Available at John Lewis | £999
If you're looking to upgrade your Mac, this is a stonking deal. Although it was first introduced in mid-2017, this is still the latest and greatest model of the 12-inch MacBook that Apple sells. With 512GB of storage and 8GB of RAM, it should have more than enough space to keep your iTunes library and juggle as many apps as you can throw at it while you're working.View Deal

Read our Apple MacBook review to see what we think of the ultra-portable member of the Mac series. And if you want to see how these deal prices compare to other retailers, check out the latest prices from across the web in our interactive chart below: