T3 is supported by its audience. When you purchase through links on our site, we may earn an affiliate commission. Learn more
(Image credit: Samsung / Fujifilm)

A few years back, outrage in the journalism community in the US spread after some publications let go of their photography staff and encouraged their journalists to use their own phone cameras to capture images for their stories instead. It was, of course, a way to cut back on costs, as the world turned to online publications, leaving print magazines and newspapers scavenging for sales just to stay afloat.

Back then, the argument against smartphone cameras replacing dedicated cameras was strong. There was simply no way that those low-res lenses could match the image resolution, dynamic range, and other capabilities of actual cameras, no matter how easy to use phone cameras are.

That has long since changed, however. The best smartphone cameras have come a long way, not just touting many of the features once reserved for actual cameras like auto-focusing and image stabilization, but also offering basic photographic functions like adjusting aperture and exposure compensation, and even shooting long exposures.

And, while phone cameras are still no match against full-frame DSLR, Mirrorless and medium format cameras, they are certainly giving the best compact cameras (and even micro four-thirds) a good run for their money. The question is, have they succeeded in usurping those point-and-shoots?

With a lot of people – a majority of the population, in fact – owning smartphones with modern camera capabilities, it’s difficult for many to justify spending a few hundred pounds or dollars to get a dedicated camera, regardless of whether or not they’re more powerful than phone cameras.

After all, most people never really utilise cameras the way actual photographers do. That is, most simply point and shoot, and never bother with things like focal length, aperture, and shutter speed. And, spending £699/$749/AU$1,199 more for a Sony ZV-1 or £599/$799/AU$799 for the older Panasonic Lumix ZS200/TZ200 simply doesn’t make economical sense for most people – unless, of course, they’ve got deep pockets.

Their high price point is, therefore, the compact cameras’ biggest foe. Many of them cost as much as an iPhone 12, others cost more than an iPhone 12 Pro Max or a Samsung Galaxy S21 Ultra.

Meanwhile, phone cameras offer multi-device capabilities – it can be your makeshift laptop, your webcam, your digital planner, your TV – for the price of one, making it a more appealing proposition for most people.

Still, if you’re a photographer, pro or otherwise, there are also several compelling reasons to get a compact camera. In fact, some rely on one as a backup camera during professional shoots. Phone cameras may have gotten better over the years. However, a lot of their camera features are more computer-simulated, and in many areas, they simply cannot match the capabilities of compact cameras.

The typical user might love Apple’s simulated aperture and bokeh integration. In fact, Portrait mode has since become a favourite among folks who enjoy their selfies and quick snapshots for good reason. However, it doesn’t fool photographers who have at least some technical knowledge of how apertures work or how an actual image taken with a physical wide lens opening looks. To them, the iPhone’s Portrait mode will look glaringly artificial.

Compact cameras also generally have a wider dynamic range than phone cameras, which means that they are more capable of capturing and preserving details in dark shadows and in highlights, though obviously not to the extent that large-sensor cameras can. That means they’re less likely to overblow highlights and they tend to have better low-light performance.

There are exceptions to the rule, however. Cheaper compact cameras may not have as wide of a dynamic range, and the Huawei Mate 40 Pro, for example, has an impressive dynamic range.

Where compact cameras have a noticeable advantage over phone cameras are the catalogue of photography-related settings and controls they have on hand for their users. While many phone cameras let you set things like aperture, shutter speed and exposure compensation – at least to an extent, compact cameras will let you do all those as well as a few other things.

Essentially, compact cameras allow you to have more creative control over your exposures while phone cameras tend to make the decisions for you, using computational photography to decide how your images would best look and then processing them for you.

Compact cameras typically have 1-inch sensors that produce 20.1MP resolution images, though a select few, like the Fujifilm X100V, do get up to 26.1MP. Meanwhile, the iPhone 12 Pro Max hasn’t quite upgraded its 12MP cameras.

Still, non-Apple camera phones have been showcasing their high-res prowess for a while now. The Galaxy S21 Ultra, for one, boasts a whopping 108MP wide rear camera and 40MP front camera, and Huawei’s Mate 40 Pro comes with a 50 MP rear camera. That’s pretty impressive – especially considering that a full-frame Sony a7R III, still one of the best full-frame cameras out there, comes with a 42.4MP sensor while the Canon EOS R, another full-frame mirrorless, only has 30.3MP.

Having a super high-resolution camera can only go so far. At some point, it starts to not really matter, especially if you’re not producing massive prints of your images. Still, if you want high resolution still images, these particular phone cameras are the way to go.

More to the point, phone cameras have caught up to compact cameras when it comes to video recording. The iPhone 12 Pro Max not only has 4K at 60fps video recording capabilities, but it can also capture slow-motion video at 1080p at 120 fps or 240 fps as well as time-lapses. Unsurprisingly, the Galaxy S21 Ultra tops that. Not only does it have the 4K at 60fps shooting option, but it also lets you take 8K videos at 30 fps.

Couple that with their generally bigger screen – compact cameras often come with 3.0-inch displays while the smallest iPhone, the iPhone 12 Mini, has a 5.4-inch screen – and camera phones prove to offer a much better video shooting experience. That’s not even mentioning that not all compact cameras have in-body image stabilization.

Verdict: What type of photographer are you?

So, which exactly is better – compact cameras or phone cameras? Technically, there really isn’t a true winner here. One type is better at a few things while the other is superior at others, which means if you were to choose one over the other, your decision should be based on the type of photographer you are.

If you’re more of a photographer who prefers to capture moments and is more comfortable with simply pointing and shooting, leaving the rest of the work to your camera, a phone camera is the right choice for you. Same if you’re a videographer or vlogger who wants to be able to shoot high-resolution clips or B-rolls on the fly.

However, if you’re serious about photography and want more creative control over your exposures, you’ll appreciate the level of control compact cameras affords you – as well as their typically wider dynamic range and focal or zoom range.

But, again, that’s only if you were to choose one over the other. In an ideal world, our recommendation is this: stick with the more premium phone cameras if you’re a casual shooter, and invest in an APS-C or a full-frame camera if you want to take your photography to the next level.

Back to Communication
Category 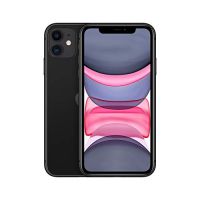 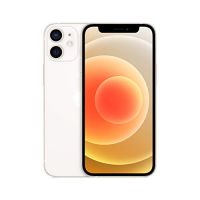 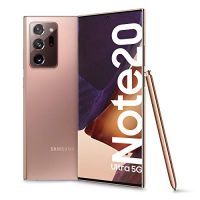 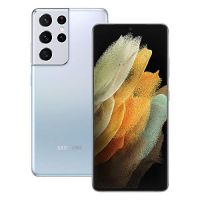 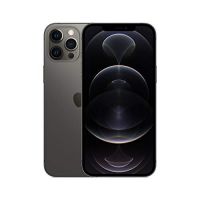