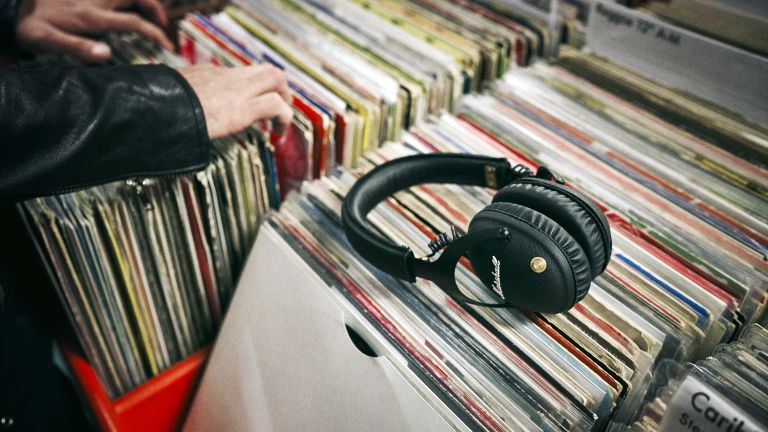 According to Neil Young, Amazon Music HD just "changed the Earth forever". By introducing music streaming of CD-quality and above for a relatively small additional cost, it has certainly given Tidal a lot to worry about. Tidal owner Jay-Z now has 100 problems.

• Get a 90-day free trial of Amazon Music HD

I've been trying the new service for the last 12 hours – I didn't sleep; that's how committed I am – and so far I am seriously impressed. I am a huge fan of the lossless Tidal Hi-Fi service, but this is competing closely with it on breadth of choice and audio quality, and absolutely hammering it on price.

How much does Amazon Music HD cost?

After the free trial period – new members get 90 days; existing Amazon Music users get 30 days – the service then costs £14.99 per month or £12.99 for Amazon Prime members. There's also the option of paying annually, which is cheaper, costing £149 or £129 respectively.

How many songs are on Amazon Music HD?

The total number of tracks on offer is comparable to Tidal and Spotify, who offer 50 million to 60 million tunes – CD quality and above in Tidal's case; decent quality MP3 on Spotify. Amazon Music HD now has 50 million CD-quality tracks (dubbed 'HD' b y Amazon), and 'millions' – let's say 2 million for the sake of argument, shall we? – of tunes encoded at 24-bit 192kHz (known here as 'UHD'). There's also a fair few albums and songs that remain in 'SD'.

Amazon Music HD: what do you need?

An iOS or Android device running the Amazon Music app, or any device that can access Amazon's website. For streaming Amazon recommends, "A steady internet connection of at least 1.5-2Mbps for CD-quality streaming and 5-10Mbps for Hi-res." That's not too arduous in London, at least.

You can also download tunes for listening offline but it's worth noting that CD-quality tracks are 4 to 5 times bigger than the equivalent MP3 and the UHD tunes are at least 10x larger.

Is Amazon Music HD any good?

Okay, I had a few problems getting started. In fact, in my impatience, I ended up deleting and reinstalling the iOS Amazon Music app, as it was refusing to show any HD or UHD music. I would assume that if you're in less of a hurry, the apps' content will just upgrade itself to include the higher quality options, as part of a general roll-out. It's easy to sign up for a trial, though.

Once you're up and running, it's initially surprising to see Amazon making fairly minimal song and dance – ho ho! – about the new CD-and-above quality tuneage on offer. There's a grand total of 4 UHD playlists – for jazz, country, R&B and classical – and no obvious HD ones. Although judging by the screengrab Amazon sent me, evidently there's a Pop UHD one out there somewhere, too.

However. once you start to dip into the existing playlists, the search functionality and – if you're an existing user – your own playlists and downloaded music, it becomes clear that huge swathes of the library are now in HD quality, with a surprising amount in UHD. There is also 'SD' (MP3) music left, and everything has its quality level clearly labelled, both by track and album.

The HD tracks show an immediate leap in quality over Amazon's old SD ones. From my limited listening so far, I think they sound slightly less good than Tidal's, however. That may come down to the fact that I've largely been listening to Amazon Music HD from my phone via AirPlay 2, whereas Tidal is streamed direct from the cloud to most of the speakers in my house. Tidal's tunes also sound louder, which never hurts.

UHD tracks, as usual with 'hi-res audio' are immediately more problematic. I didn't detect any noticeable leap in quality, but eventually realised that since I was streaming via AirPlay 2, which is approximately CD quality, I wasn't getting any benefit. After much head-scratching I eventually worked out that I needed to plug a portable DAC and pair of old-school wired headphones to listen to any UHD tune at full resolution. And then, yes, The Chain (You know; the one that goes: 'Daaang-dang-dang-dang-da-da-dang-dang-daaaaaang') off of Rumours, by Fleetwood Mac sounded quite nice. Amazon seems to have gone big on 'the Mac' for this, as a kind of UHD flagship act,  but there are plenty of other options from David Bowie to even a few artistes under the age of 30.

If you want to take advantage of the UHD material on Amazon Prime HD, you will need to think quite carefully about your equipment, missus. Most wireless streaming solutions won't carry 24-bit/192. You'll need either wired headphones, a phone and speaker that's aptX HD compatible – hardly any are – or use a physical (USB) connection from a phone or laptop, on the whole.

Sonos has Amazon Music support built in… but Sonos doesn't support hi-res audio. Most wireless speakers that do support hi-res, such as Naim's Mu-so and Bowers & Wilkins' Formation series, currently lack a means to receive an Amazon stream without reducing it to CD quality.

Bluesound speakers – and NAD ones with Bluesound's BluOS built in – can handle UHD streams direct, as they have Amazon onboard via their app, and support hi-res audio. Sure, most people do not own a Bluesound speaker. But maybe they will soon.

Even if you're not getting the full benefit of the 24-bit/192kHz encoding, the UHD stuff does sound good. Clearly way better than MP3.

What's impressive is that this is Day 1 of Amazon Music HD and there are already 10s of millions of tracks available, with a clear quality increase over the old SD stuff. They also seem to stream and download flawlessly, so far, over Wi-Fi. Those with good quality 4G or 5G should have no problems streaming when 'on da streetz' either, although it'll spank your data allowance pretty hard.

Really, my only reservation about Amazon Music HD is the same as my reservation about Amazon Music Unlimited and that's its mobile app. There's nothing diabolical about it, but for me it lags behind Spotify, Tidal and Apple Music in terms of ease of navigation. The boost in sound quality it now has over Spotify and Apple (and the lower price than HD rival Tidal) completely outweighs those quibbles, however.

With the maximum standard price for music streaming being the £10 that Spotify charges, Amazon is taking a bit of a punt here. Yes, £12 to £15 is cheaper than Tidal's £20 – but all you ever hear about Tidal is how it's struggling financially. It may turn out that the public just can't be bothered to pay more for higher quality streaming. Most people, it's worth remembering, use the earbuds that came with their phones, or their phone's speaker, and listen to music via YouTube.

Conclusion: most people are complete idiots.

However, if you are not a complete idiot, I urge you to give Amazon Music HD a try. It deserves to succeed.

Please note: I've held off giving a star rating for Amazon Music HD for now, as we have yet to try it for long enough to assess how it streams outside of my house, and as noted I haven't really been able to listen properly to the UHD content. On what I've heard so far, for the price, it's a nailed-on certainty for 5-star glory.