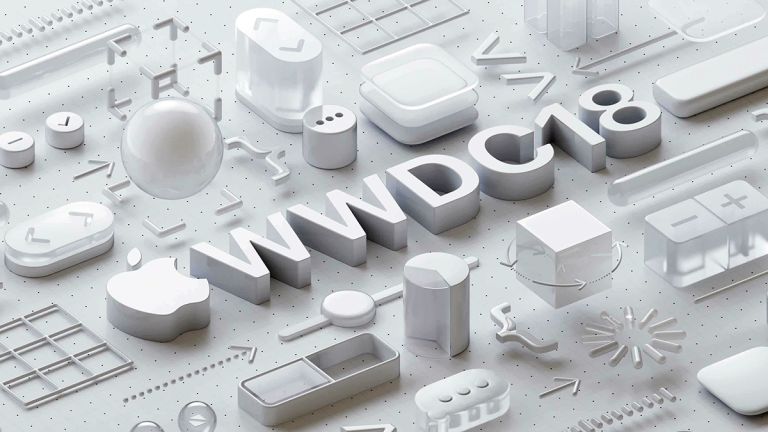 Today's the day for WWDC 2018, the day when we get to hear all about Apple's plans for its big pieces of software: iOS, macOS, watchOS and tvOS. We might even get some hardware announcements thrown in as well.

The event is aimed primarily at developers but the main opening keynote is going to be of interest to anyone who owns an Apple device – it gets underway at 6pm UK time (10am PT, 1pm ET). Here's what we're expecting.

Apparently Apple is focusing on stability and bug-fixing with iOS 12, so don't expect any fireworks when it comes to the software running on iPhones, iPads and iPod touches. The upgrades might be pretty minor as Apple looks to get everything from iOS 11 fixed before tackling any major new features.

That said, rumours have persisted that Apple wants to let developers release apps that work on both iOS and macOS. That's an outside bet for this year, we'd say, but it could happen – especially with more and more Chromebooks supporting Android apps.

Improvements to Siri and the augmented reality capabilities of iOS are very, very likely – phone-to-phone AR has been mooted – and considering Apple made so much of Animoji last year, we reckon these cute cartoon characters will appear in more places too. Health and fitness features should get a boost as well, though exactly what that will entail we're not sure.

According to insider sources, iOS 12 will give developers extra access to the iPhone's NFC chip, so you'll be able to unlock doors with your phone, and so on. This prediction could well be right –  it seems like a win-win for Apple and developers.

All of the major iOS apps will get enhancements, from Maps to Mail, though again don't expect anything too mind-blowing. We'd like to see group calls finally make it to FaceTime, and apparently a redesigned Stocks app is on the way – try and contain your excitement levels for that one, if you can.

Apple will once again unveil another version of macOS, as it does every year, with another new name. In the recent past it's chosen popular places in California, so we'll have to wait and see if that trend holds true in 2018 – we haven't heard any rumours on potential names for the new operating system yet.

We certainly have heard talk that iOS and macOS could merge to some extent, as we mentioned above. Other analysts have poured cold water on those rumours, saying that such a merger won't happen until 2019 at the earliest, if it ever happens at all. Another rumour suggests a new dark mode is coming to macOS.

As with iOS 12, the big apps in Apple's portfolio will all get updated again – remember last year Safari got the ability to auto-mute videos playing on the web? Expect a lot more little improvements like this, though jaw-dropping moments might be few and far between (we'd like to mention group video calls in FaceTime again, just in case Apple's engineers are reading this).

Rumours of new features for macOS 10.14 have been thin on the ground, which is perhaps a sign that the software has matured so much that there's not much left for Apple to do with it. We'll have to wait and see what gets demoed on stage when WWDC arrives.

Apple always rolls out some cool and quirky new features for the Apple Watch at WWDC – brace yourself for some funky new watch faces – and no doubt WWDC 2018 will be no different. Speaking of watch faces, it would be nice to see some more third-party options, and maybe even a watch face designer?

App development for the Apple Watch has stalled a little in recent years, and a lot of the biggest names in smartphone apps don't seem to think it's worth putting out separate apps for something with such a dinky screen.

It would be nice to get sleep tracking with a watchOS 5 update, but that's based more on wishful thinking rather than anything we've heard discussed. One of the problems with that is the short battery life of the Apple Watch, which tends to leave the device flagging by the end of the day.

Speaking of wishful thinking, an always-on watch face (like Wear OS) and Face ID unlock have been predicted. Even if watchOS 5 lays the foundations for those features, we'll probably have to wait for the Apple Watch Series 4 to see them implemented.

And what lies in store for the Apple TV? We're now up to tvOS 12, and last year Apple treated us to new features like dark and light modes, Home screen sync, support for AirPods, and the introduction of AirPlay 2.

Prepare yourself for another minor upgrade this time around – at least in terms of the stuff you can actually do with an Apple TV. What we do know for sure is that Apple wants to turn itself into a kind of Netflix service, producing original content alongside all the hardware and software it already makes.

WWDC 2018 might be a bit too early for anything major in this department, but Apple could well unveil new partnerships and new apps to lay the groundwork for a push into movies and shows sometime next year. After a quiet 2017, this year could be the year when tvOS becomes much more important.

Elsewhere, look for improvements to Siri on the Apple TV, and a further expansion of the Apple TV's capabilities as a HomeKit hub for your smart home. Support for other services and apps might be some of the biggest upgrades for tvOS this year.

WWDC is traditionally a software event, but Apple has been known to showcase hardware products here before – the HomePod, for example, which was previewed at WWDC 2017. We might get some teasers for future devices, though an out-and-out product launch at this event seems unlikely.

If there is hardware to show off, it might well include a new Siri-powered speaker from Beats, which Apple now owns: that's the prediction of one analyst.

There's plenty of talk about a new iPhone SE coming down the line, so Apple might have something to share in that department, and we could also get a teaser about an Apple Watch Series 4, considering the current Apple Watch was launched in September.

Other rumours have centred around some of the older devices in Apple's line-up, including the standard MacBook and the Mac mini (remember that)? As for full-sized iPhones and iPads, we're not expecting Apple to have anything to announce there.

One bit of hardware that might make a bow at WWDC 2018 is the Mac Pro. Apple has confirmed it's on the way, we just don't know when – and maybe June 2018 is going to end up being the perfect time for an unveiling. It's sure to be an event worth tuning in for, and as always we'll bring you all the announcements right here.