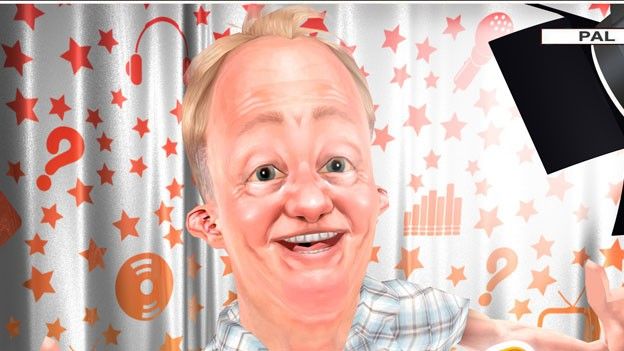 Z-list performances from celeb gaming tie-ups that landed headfirst into the bargain basement: T3 rounds up the worst celebrity endorsed games ever

Turning up to an event to brandish a gadget is one thing, slapping your name on the box and having your face pixelated into the process is a whole potentially reputation-damaging other thing, as proven in T3's list of celebrity endorsements that went wrong.

Celebrities have been jumping on the gaming bandwagon longer than you'd probably think, with very few making it back for a sequel. And as you'll no doubt realise from our list, it's easy to see why. As Michael Jackson: The Experience lands for the Wii with Kinect and Move versions due in 2011, we take a look back at the celeb-gaming tie-ups that, like their stars, we'd rather forget.

Britney's Dance Beat (2002) (PlayStation 2, Game Boy Advance, PC)
Before the head-shaving, the Vegas wedding and delivering the ultimate guide on how not to lose it in the public eye, there was a time you could stick the pop singer on a product and it would sell. This unfortunately wasn't one of them. Britney's appearances were mainly restricted to the menu screens as you attempted to hit your buttons in time with the music to earn one of eight dancers a place as one of Britney's back up dancers. Hours of fun...

Cheggers' Party Quiz (PS2/Wii, 2007)
Clinging on to that Z-list celebrity status for dear life, this was no more than your run of the mill quiz game interspersed with random babble from Cheggers. Don't give up your day job Keith. On second thoughts...

Home Improvement: Power Tool Pursuit (1994) (SNES)
Not one to rest on his sitcom laurels, comedian Tim Allen brought the "Toolman" to the Super Nintendo in the shape of this 2D platformer where your quest was to hunt out Tim's new range of Binford tools. Naturally that meant firing off nail guns and blowtorches at dinosaurs, robots and mummies as opposed to turning to Wilson for some worldly advice.

Journey (1983) (Arcade)
Back in the 80's when they didn't need the help of a TV show of singing high school outcasts to raise their profile, Journey appeared in their very own computer game. Selecting one of the band members, your objective was to collect instruments through a series of mini-games. Your reward for piling in months of your pocket money? Hearing a looped version of "Separate Ways" playing out of a cassette player in the unit.

Mary-Kate and Ashley: Sweet 16 Licensed to Drive (GBA/GameCube/PS2, 2002)
For our US friends, the Olsen twins have been popping up on television screens since they were still in nappies, so what better way to break from the child star shackles than launching your own game? Made up of a series of party games which included passing your driving test, Licensed to Drive's appeal was limited to teenage girls at a slumber party and those who thought Grand Theft Auto was a little too violent.

Michael Jordan Chaos in the Windy City (1994) (Super NES)
He gave basketball mass appeal outside the US, but like Shaq his console outing suggests he should have kept the action for the court. In the quest to rescue your teammates for an All-Star charity game from a mad scientist, MJ had to collect different-coloured keys across levels taking out enemies with basketballs. A decision that was perhaps as misjudged as entertaining a career as a baseball player. Stick with what you know Mike.

Power Factory 9 C+C Factory (1992) (Sega CD)
Ever wanted to make a video for a 90's pop group? Pick one of the three C+C Factory hits and have great fun editing non-linear footage. Lacking the ability to save your video efforts, and any really gameplay meant the "Make My Video" series which also made installments for Kriss Kross should have been canned before it had even seen the light of day.

Revolution X Aerosmith (1994) (SNES, Mega Drive, PS1, Saturn)
Music, groupies, and starring in your own light gun shooter, it's what every rock band dreams about. Isn't it? Mortal Kombat-makers Midway enlisted Steven Tyler and company to provide the backdrop for this minor arcade hit where your machine gun fired out CDs. The console version went down about as well as you'd expect a Justin Bieber headline performance to at Glastonbury.

Shaq-Fu (1994) (SNES, Mega Drive, Game Boy, Game Gear, Amiga)
In the first of two NBA icons to feature in our list, current Celtics center Shaquille O'Neil clearly felt what the gaming world lacked was a one-on-one beat-em-up with a kung-fu fighting basketball player. Shame not everyone else felt the same as Shaq-Fu was universally panned for having bad controls and a truly ridiculous plot. At least Shaq didn't try to make it as a movie star. Oh, we forgot about Shazam...

TekWar (1995) (PC)
Turning his sci-fi novels he began penning on the set of Star Trek into a first person shooter, Shatner starred as Walter Bascom who debriefed you on your missions. Uniquely the game let you roam freely around environments shooting anyone that you pleased. Repetitive missions was just one of the reasons it was about as successful as Shatner's writing career.