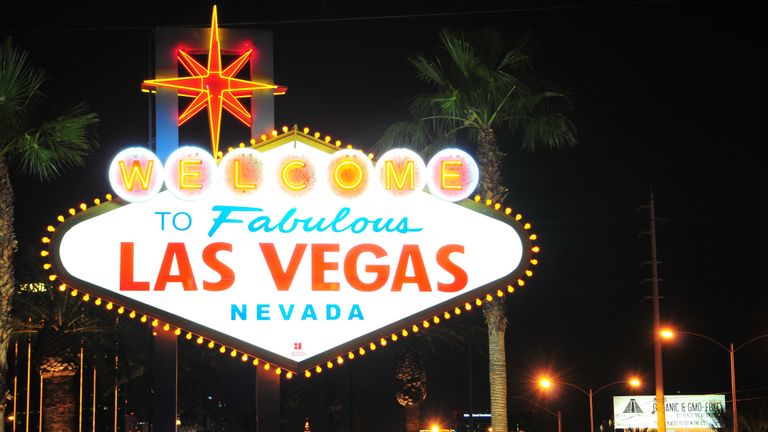 Over 40 million people visit Las Vegas each year, but are they taking a gamble? Probably not – in recent years there’s been a surge in celebrity chef restaurants and quirky attractions to suit all tastes.

Even travellers who hate casinos, crowds and fine dining often find themselves in Las Vegas. Why? Sin City might be a hub of entertainment, but surrounding it are some of nature's greatest wonders.

It might be known as the capital of extremes, but Las Vegas has plenty of pleasant surprises in store for the curious traveller.

No, not the tourists, though people-watching is impossible not to do in Las Vegas. However, hidden away amongst neon signs and casinos are a number of intriguing wildlife habitats.

Perhaps the most famous is the small garden behind the Flamingo Las Vegas Casino & Resort (one of the more affordable places to stay on The Strip), which is home to Chilean flamingos, swans, ducks, koi fish and turtles.

On the other side of the street, Siegfried & Roy’s Secret Garden at the Mirage Hotel & Casino houses white tigers, white lions, black panthers, a snow leopard, lion cubs and golden tigers.

For aquariums, try the adjacent Dolphin Habitat for bottlenose dolphins, and the Shark Reef Aquarium at Mandalay Bay Resort and Casino for sharks.

The nearby town of Henderson, really a suburb of Las Vegas, has a Lion Habitat Ranch that also keeps ostriches, emus and a giraffe.

There is so much nature to explore in the vicinity of Las Vegas. Grand Canyon National Park lies a five-hour drive to the southeast, via the awesome Hoover Dam, while Valley of Fire State Park is just a couple of hours to the northeast and can easily be visited on a daytrip. Meanwhile, the huge Death Valley National Park is to the west.

However, a mere 15 mins from The Strip – and something you may see from the plane ride in – is the Red Rock Canyon National Conservation Area, a terrific place to get up close-up to the mighty Mojave Desert.

There are 26 hiking trails and an easy-to-follow 13-mile scenic driving loop here amid glorious red sandstone peaks and ancient petroglyphs.

3. Photograph the Vegas of old

This is where Las Vegas comes to die, or at least, rust away – and it’s a photographer’s dream.

Casinos and hotels open and close all the time in Sin City, and today's must-see landmark in lights is tomorrow's trash. What they all have in common are huge neon signs, and they all end up here at The Neon Museum in downtown Las Vegas.

You can see the original 1958 sign for Stardust Casino – one of the first, which made the city famous – alongside hundreds of other iconic vintage neon signs.

There are props here too, such as Treasure Island's scary skull, removed when the hotel tried to attract more families. The museum is hoping to get hold of the Hard Rock Cafe's huge guitar, which was ripped down in 2016.

The Las Vegas Astronomical Society often hold 'Stars and Stardust' stargazing events at the Neon Museum after dark, but surely there's no way you can get away from the light pollution on The Strip itself?

Despite Las Vegas being the brightest city on the planet, across from The Bellagio is a great place to go planet-spotting and moon-gazing. Above the French-themed Paris Las Vegas Hotel is a half-size Eiffel Tower, from where you great a great view of the western horizon.

Take the elevator up 46 storeys to the observation deck just before dusk and you can sometimes see the Moon, Jupiter, Mars, Venus and Saturn sinking in the west towards Mount Wilson.

Either way, it's a fine view over Las Vegas Valley, and of the Bellagio's majestic fountains below.

These days Las Vegas it may be known for gambling, stag parties and shows, but in the 1950s it was the place to come to check-out an all-new phenomenon; mushroom clouds.

That was because not 100 miles away near St. George, Utah was the Nevada Test Site where over 100 atmospheric tests of atomic bombs took place. Cue the National Atomic Testing Museum (NATM), which tells the fascinating story of the US nuclear weapons testing programme.

It tells it in the context of the Cold War, so you get a good handle on geopolitics, but there's also over 3,500 artefacts and hundreds of photos.

It's remarkable, but in winter you can be wandering the desert one moment, and at a ski resort not 30 minutes later. Only 50 or so miles from the city is Lee Canyon Ski & Snowboard Resort, 8,510ft. up Mount Charleston.

For something slightly larger, just three hours' drive away from Las Vegas is Brian Head Ski Resort, a high-altitude skiing resort at 9,600ft. with eight chairlifts, 71 runs, 650 skiable acres, and even a tubing track.

Brian Head is right on the fabulous red rocks of the 'grand staircase', home to  Bryce Canyon National Park and Zion National Park, each of which is about an hour’s drive away. However, beside Brian Head is Cedar Breaks National Monument, a drop-dead gorgeous natural amphitheater set in three square miles of red rock.

From searching out quirky attractions hidden in plain sight near The Strip to adventuring in its scintillating surroundings, you just can’t lose in Las Vegas.