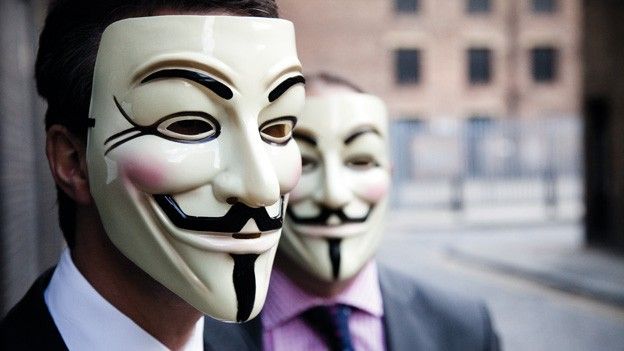 Currently mastering the art on how to hack and infiltrate the biggest and most prestigious sites on the web, we look back at the brief history of Anonymous to see its greatest hacking victims

The faces behind the masks are anonymous both in name and in nature. The Guy Fawkes disguises, inspired by Alan Moore's comic book-turned-film V for Vendetta, in which a similarly masked vigilante fights an authoritarian state, symbolise instant affiliation to a group that has been defined in turn as “ hacktivists”, “web vigilantes” or simply an “internet gathering”.

It's estimated that the Anonymous online movement has more than a million members worldwide at any one time, who are best described by their own slogan: “We are anonymous. We are legion. We do not forgive. We do not forget. Expect us.”

As the hacking collective jump back into action after the US Department of Justice shuts down Megaupload.com, we take a snapshot look at the greatest hits of Anonymous.

Anons march on the Church of Scientology in Guy Fawkes masks and down its website with a DDoS attack. All to keep a Tom Cruise video in the public eye…

On May 20 YouTube is inundated with pornographic clips disguised as family-friendly content, a reaction to the deleting of music videos

Born to fight anti-piracy groups, this morphs into Operation Avenge Assange, in support of WikiLeaks. PayPal is attacked for suspending WikiLeaks' account

After a security firm HBGary threatened to expose some of the names of Anonymous's leaders, the collective retaliated by hacking the firm's system exposing personal emails. Aaron Barr, head of the firm was later forced to resign. That's another one to Anonymous