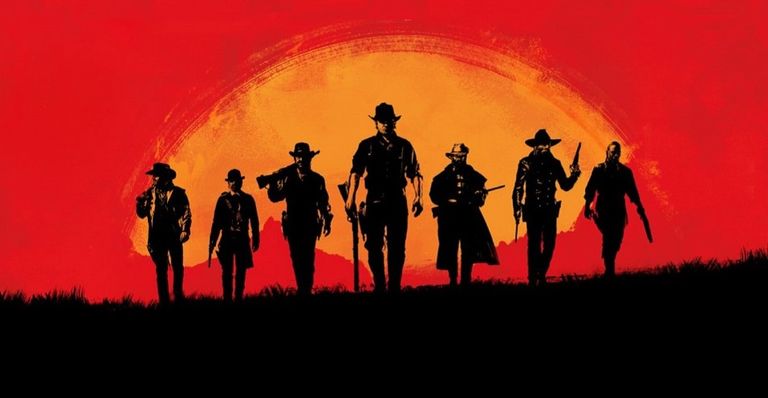 While 2016 might not have been the best year for world events, it was a cracker for new videogames and tech. So you’d think 2017 might have its work cut out with all those hits to live up to, but with some of the most anticipated games and new bits of hardware mere months away, 2017 is already set for legendary status.

South Park: The Fractured But Whole

No one really expected South Park - or any cartoon for that matter - to get a decent game, but then along came South Park: The Stick of Truth in 2014 and spliced it seamlessly with a turn-based RPG.

Three years on and we’re finally getting a sequel - sadly, original developer Obsidian has moved on but there’s still plenty of potential for The Fractured But Whole to live up to its forebear.

SP creators Matt Stone and Trey Parker leave the dungeons & dragons lampooning behind in favour of skewering the rise of the superhero franchise. Battles now enable you to strategically place members in your party, while combat itself is faster and more fluid.

Parisian studio Dontnod isn’t the kind of developer to pigeon hole itself, so it shouldn’t come as much of a surprise to see them leave behind the brawling of Remember Me and the episodic heartbreak of Life is Strange in favour of a semi open-world vampire simulator.

Doffing its Georgian top hat at the Vampire: The Masquerade series, Vampyr sees you exploring a fictionalised London in the early 1800s, hunting down innocent people for veins of life-giving blood.

It smacks of Hitman, with its ability to gather information on targets, but Dontnod has stressed the whole game can be completed without bloodshed. Little touches like not being able to enter houses without invitation is a clever touch, too.

Rare? Back making games and not Xbox Avatars? Will wonders ever cease? Yes, the legendary British studio (now a Microsoft-owned, first-party setup) is hard at work on first-person, multiplayer-only pirate simulator. No, seriously.

It’s certainly out there in terms of remit, and makes us a little nervous it could go the same way as Lionhead and Fable Legends, but the we're intrigued by the emphasis on creating a ‘crew’ with other players and sailing any number of seas in search of user-generated content (players will be able to create their own quests with in game tools). You can even get drunk on grog. Colour us intrigued.

Resident Evil was long overdue a makeover, especially with Shinji Mikami’s excellent The Evil Within outplaying it at its own game and the popular rise of those first-person ‘run like the wind in fear’ titles. So RE7 goes first-person, throws you in a house full of horrors and says ‘fill your grisly boots, son’.

While you’ll have a lot more weapons than the likes of Outlast, Capcom has promised it won’t be a gunfest like the previous few games. Puzzle solving elements also return - although we hope the studio doubles down on the tension. Sadly, the game isn’t a reboot so expect mutated monsters galore.

While actual Rare works on a pirate simulator for Xbox One, most of the core team that worked on one of the studio’s most loved titles - the immortal Banjo-Kazooie - have reconvened as Playtonic Games and created a 3D platformer that harks back to the good old days of N64 and PS1.

Kickstarted up to the nines, Yooka-Laylee will see the bear and bird combo traded for a licence-free chameleon and bat with enough platforming and puzzles elements to attract even the staunchest of retro players over to PS4, Xbox One or PC. It’s been delayed a fair bit, but it promises to be something really special.

Long-delayed and thought consigned to the deepest bowels of development hell, Prey has finally risen and it looks like the perfect, twisted creature to carry on the horror mantle of Bioshock and System Shock.

In the hands of Arkane Studios - the maker of the infallible Dishonored series - Prey will see you trying to survive aboard a space station infested with marauding alien beasts.

A first-person shooter it may be, but there’s the customisation of Fallout 4, the physics of Half-Life 2 and the horror intensity of Dead Space to keep things interesting. You can even absorb alien powers - including the power to mimic inanimate objects. We’re sold already.

Following the roaring success of Uncharted 4: A Thief’s End and the critical hype disaster that was No Man’s Sky, Sony is in need of a new IP that’s got the unit shifting, commercial contention to lead its first-party franchises into the rest of the generation. Horizon Zero Dawn, the latest post-Killzone project from Dutch studio Guerrilla Games, is the title being primed to fill that void.

It’s quite the risk, but with Hideo Kojima himself selecting the studio’s bespoke engine Decima to power his own PS4-exclusive, Death Stranding, there’s clearly plenty of faith in the property’s potential.

The open-world of Horizon, filled with robotic beasts to hunt and scrap, has also become a poster child for PS4 Pro, so we’re expecting a lot from the final product.

Demos don’t quite have the same impact they once did in videogames - after all, they used to be the main means of trying out a game before you sunk your/your parent’s cold hard cash into a new title - but the reaction to Nier: Automata’s miniature slice has been surprisingly strong for a loose sequel to a bug-ridden cult hit.

It also might be the first project from Japanese developer Platinum Games to really encapsulate what makes that studio so great - impeccable combat that rewards timing and combo creativity.

Automata’s mixture of huge swords, hulking robots and flying mechs is hardly ground-breaking on paper, but in execution it’s pulled the veil off one of 2017’s most exciting prospects.

One of the three ‘big hitters’ that stole the show for Sony back at E3 2015, Shenmue 3 is easily one of 2017’s most anticipated games. And with a good 16 years having passed since the previous game dropped on Dreamcast and the original Xbox back in 2001, the Yu Suzuki helmed threequel has a lot to live up to.

Much like Rockstar’s Red Dead Redemption 2, we know very little about the Ys Net developed title, but we do know it’s going to be as richly embedded in modern Chinese culture as the previous games and it’s already a year into production.

Could Shenmue be Japan’s answer to GTA 5? Perhaps, but we’re more concerned with how Shenmue 3 will bring something new to a genre that’s evolved beyond recognition.

Five years on from the controversy-orbited end of the original Mass Effect trilogy, Canadian development powerhouse Bioware is ready to unleash another slice of grand space opera.

Serving as something of a clean slate for the series - you play a Pathfinder tasked with helping humanity and a handful of other species colonise a new galaxy - Andromeda promises to transform the sci-fi RPG shooter in new and exciting ways.

With current-gen consoles to draw on, planets are larger and filled with more secrets and civilisations to uncover and with the return of the Mako buggy, you’ll be properly navigating these locales rather than just mining most of them. Bioware has also overhauled its dialogue system, so expect a greater focus on relationships than simply pursuing space sex with alien species.

Why its naming convention still baffles (presumably alluding to the fact the game is a direct sequel to the open-world Western superhit), Red Dead Redemption 2 remains one of the games to be excited for in 2017.

We also know next to nothing about it - bar a potential glimpse into its vast gameworld via leaked documents and a brief trailer that's hinted at a Magnificent Seven-seque collection of heroes/villains.

Considering how big Westworld has become, there couldn’t be a better time to take advantage of the in-vogue return of the cowboy. Rockstar’s pedigree for creating rich and rewarding sandboxes and instantly memorable characters is undeniable, so it doesn’t really matter that the game is a mystery right now - it will no doubt be incredible when it eventually arrives.

The Legend of Zelda: Breath of the Wild

Few games have as much excitement surrounding them as the new The Legend of Zelda game, a sense of hype that’s driven by the fact that a) it’s not a HD re-release of an existing game and b) it’s the riskiest transformation the series has undertaken since Ocarina of Time embraced 3D in style on N64.

It’s the first Zelda game developed with HD in mind (talk about late to the party, guys) and will feature the series’ first proper open-world sandbox.

With a setting that’s 12 times the size of Twilight Princess, Breath of the Wild embraces those familiar RPG tropes with hunting, campfires and upgrades galore. Oh, and you can use your shield as a snowboard. Sold.