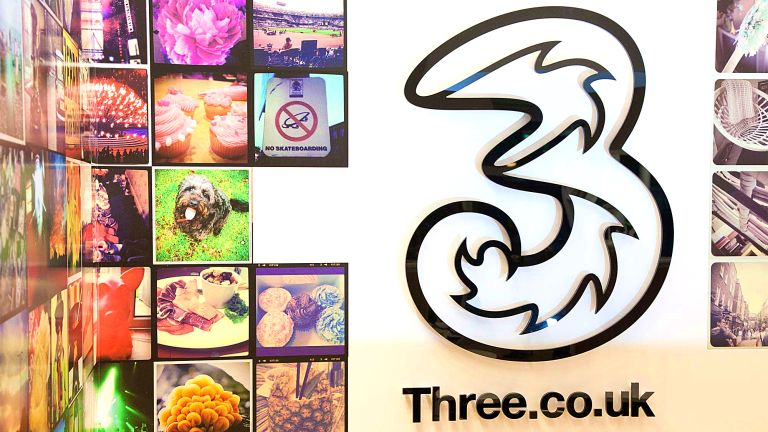 Three has confirmed the price of signing-up to its 5G network in the UK... and it turns out there is no price. Getting access to the ultra-fast speed and low-latency available on the next-generation network won't cost a penny more than 4G on Three.

Whether you want to sign-up to a monthly contract, SIM-only or Pay-As-You-Go mobile plan, the price of 4G and 5G options will be identical.

For comparison, EE charges customers a premium to sign-up to its 5G network, while Vodafone doesn't charge more for its 5G offering – although it's prices are still higher than Three, making the latter the most affordable way to get 5G in the UK right now.

It's worth noting that Three hasn't flipped the switch on its 5G network yet, so if you're looking to get your hands on the Samsung Galaxy S10 5G or OnePlus 7 Pro 5G anytime soon you're going to have to cough-up for Vodafone or EE.

Three has revealed plans to start rolling-out its 5G network for mobile broadband next month, but so far it's keeping shtum about when we can expect to see smartphone contracts and mobile SIM-only plans from the network. For the time being, the closet we've had to a release date for 5G phone plans is "later this year".

Three charges £22 a month for a 5G plan with unlimited data, unlimited text messages and unlimited calls. Of course, you'll have to cough-up to buy a 5G-enabled handset SIM-free, which can be pricey. Vodafone charges £23 a month for the same 5G mobile data, text and call allowance, while EE charges £47 a month for its 5G SIM-only plan with 60GB of data – the highest it currently offers.

Like rivals Vodafone and EE, Three 5G won't be available nationwide from day one. The carrier will start with London, before rolling-out to 25 cities, including Cardiff, Glasgow, Birmingham, Manchester, and Liverpool, by the end of the year.

For comparison, EE 5G is already available in six cities across the UK, including London, Cardiff, Edinburgh and Belfast. Although it plans to roll-out to a total of 16 cities and towns by the end of the year.

Teasing the experience that 5G will bring to its customers, Three says: "When we say fast, we mean stupid fast. Faster than lightning fast. Imagine the cleverest people in the world threw everything at it, and some. Well it's that.

"Forget what went before – there's no comparison. This is a revolution. This is the future. All you need to do is get ready for a no-lag life. Forget buffering, FaceTime freezes or gaming dramas. Just buckle up tight for the ride of your life."

to/from the US, Canada & Mexico

to/from the US, Canada & Mexico