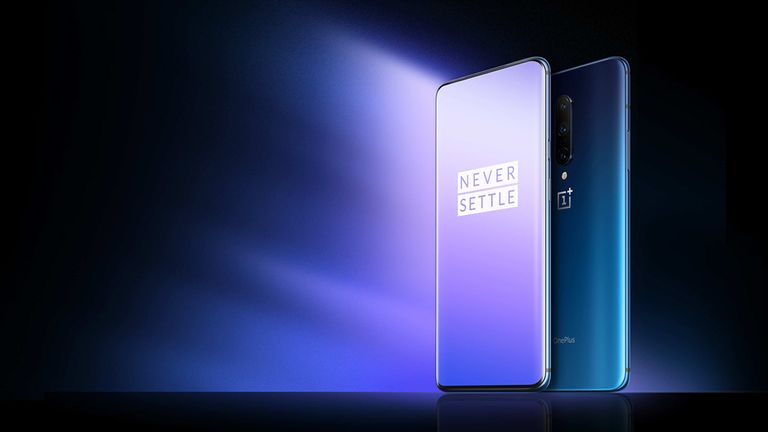 OnePlus 7T Pro was rated an excellent smartphone when first launched last year. In our review, we found it to be a five-star phone, with "superb design and screen, packed with power". Although OnePlus has not got quite as big a cult following as titans of the Android world like Samsung and Huawei, it's always been considered a splendid contender in its own right.

Now, the first image of 2020's OnePlus 8 Pro has been leaked online, and it looks to improve on the original in a lot of key ways. It even contains proof the OnePlus 8 Pro will pack some technology that not even the biggest smartphones taking flight this year, such as the Samsung Galaxy S11 range, are due to sport.

A new image leaked on the Twitter account of technology news site TrueTech shows a real handset claimed to be the OnePlus 8 Pro. The image contains a few key differences from the OnePlus 7T Pro, such as the return of the punch-hole selfie camera. After the 7T Pro's flirtation with a motorised pop-up camera, the 8 Pro seems to have re-embraced the left-hand punch-hole.

The big news here is, of course, the unlimited 120Hz refresh rate, something not even all the models on the Samsung Galaxy S11/S20 range are expected to have. While the S20 Plus and S20 Ultra are expected to have 120Hz-capable screens, they're rumoured to be restricted: the better-quality QHD+ resolution, which the screens are said to be capable of delivering, are restricted to 60Hz. Top-end Samsung users might have to choose between a great resolution or a smoother refresh rate, while the OnePlus menu on the snapshot above shows no such choice.

The OnePlus 7T Pro impressed with its 90Hz refresh rate, creating incredibly smooth motion onscreen, but its younger sibling is expected to eclipse it, making onscreen motion while gaming, watching movies or just scrolling through the phone's menu smoother than ever before.

What is refresh rate?

As the name suggests, refresh rate is "how often your phone's screen refreshes to show a different image". Similar to frame rate in films, a higher refresh rate means silky-smooth motion. The lower the refresh rate, you'll start to see the image on the phone lag as it moves, a little like stop-motion with a few frames missing.

A high refresh rate will cause less delay and more natural motion onscreen, which is especially important in video games. During our review, we tested the OnePlus 7T Pro on a series of games "without even a hint of lag", so we can only imagine how crisp and smooth the motion will feel with a 120Hz refresh rate.

We don't know any more details about the OnePlus 8 Pro—including a launch date—but the incredible phone screen has certainly piqued our interest. Your move, Samsung.