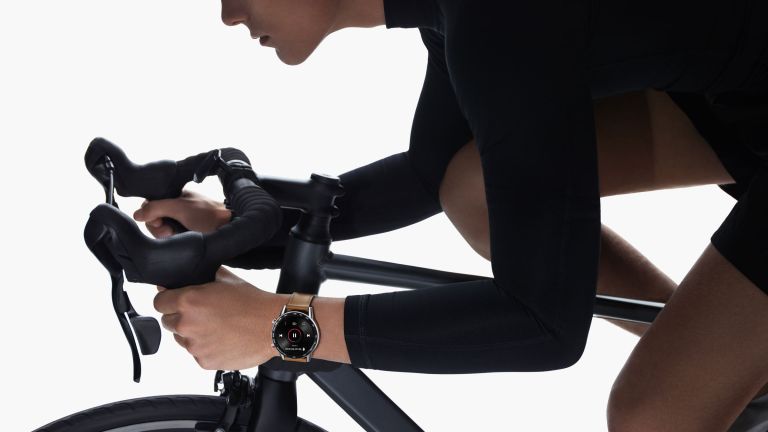 A great fitness tracker in smartwatch's clothing, but not enough to really compete with some of its top-tier Android Wear competitors.

The latest contender in the space is the Honor Magic Watch 2. A step up from the range's previous effort, the Honor Watch Magic, the Magic Watch 2 is packed to the rafters with health and fitness features, but does it have enough smart functionality to contend with the top-end Android smartwatches?

The Honor Magic Watch 2 is very, very similar to the Huawei Watch GT 2, right down to the two-button structure. Which makes sense, since Honor is entirely owned by Huawei. It comes in two different models: one 46mm across and the other 42mm. We had the 46mm to play with, which showcases a bright, clear AMOLED 1.39-inch HD display which was clear even in bright sunlight. There is a small selection of watch faces to choose from, including a "gallery" mode in which the user is able to upload their own photo, but no other watch faces are able to be loaded onto the watch yet.

The watch is 0.9mm thick, which isn't overly clunky, especially considering its hiding a chunky speaker in its body, and while the 46mm face is wide, we quickly got used to it and didn't find it cumbersome. It also comes with removable straps: we tested the leather option, but silicone straps are available depending which model you buy. If you're planning on taking the watch wild swimming, we'd probably opt for the silicone.

The Magic Watch 2 contains a massive 15 different fitness modes, including outdoor and indoor runs and walks, pool swimming, wild swimming, cycles, hikes, and more. It's very comprehensive. We tested the outdoor run, the pool swim and the 'other workout' setting during a standard HIIT session.

The heart rate tracker was useful, informing us when we reached the optimum 'fat-burning zone' and giving us a nudge when we dropped back to warm-up pace. The pool swim updated every 25 metres or so, which surprised us when we were stationary at the end of a length: after a few seconds, the watch suddenly jumped up to the next milestone, leaving us to wonder how accurate it was.

On runs, the virtual pacesetter works largely in the same way as the original device, alerting you via a subtle vibrate if you're dropping your pace. A less subtle feature is the annoying voice ordering you to "start workout" every single time, and updating you every 10 minutes on your progress. The fact this comes through the speaker is especially jarring: it's not so bad if you're in a noisy pool, but when you're running in the tranquillity of nature or at a lull in your fitness class, it's really quite embarrassing.

Otherwise, the most useful features we found were the sleep tracking and heart rate functions, giving us easy access to the data, although you have to refer to the matching Huawei Health app for more in-depth statistics. Huawei's TruSleep technology gives you solid readings on REM, light and deep sleep over the course of the weeks and months, and matched up very well with our general state of tiredness (or lack thereof). You can also set notifications to get up and move every hour, as a little animation reminds you to get off your arse and stop being sedentary.

The Honor Magic Watch 2 receive notifications from your phone easily enough, including email, whatsapp, messenger, texts and calls (which, thanks to the speaker, you can take via your watch). You can also set a select 10 contacts to be able to make outgoing calls to from your watch, without using your phone.

However, like everything else on the Watch, it's all toggled via the Huawei Health app on your phone, so it acts more as an extension of your phone rather than a proper smart device in its own right. There's no in-built search function, smart assistant access or ability to download apps onto the watch, so you're unable to use apps like Spotify or customise your user experience at all. Music lovers who rely on streaming services rather than their own digital collections will likely be left out in the cold.

Honor boasts of the watch's two-week battery life, with plenty of life underneath its chunky bezel. If you're using the watch's always-on display and taking advantage of its workout options, we don't think it'll quite hit those heights.

However, in the two weeks we've been using the watch, it's been charged only twice using the magnetic, wireless charger provided, The watch has never dipped below 25% battery, and has taken less than an hour to hit full charge. There's no battery anxiety in the slightest: even if you do hit the lowest reaches of the battery, the watch will switch to a 'time only' mode until its charged again. A resounding success.

The Honor Magic Watch 2 is an excellent daily health and fitness tracker, presenting your data in a clear, easy-to-read format and containing a wealth of options to tailor to your workout needs. If you're into swimming or cardiovascular fitness in particular, the Magic Watch acts as well as any fitness tracker.

The added smart functionalities are the icing on the cake. However, given its reliance on the Huawei Health app and its inability to host more apps, its hard to call it a true smartwatch. Rather, it's an excellent fitness tracker with smart functionality included as an added bonus.

That's a lot of hardware for the price, but it's difficult to recommend the Honor Magic Watch 2 when, for a similar price, you could pick up the superior Galaxy Watch Active from Amazon.