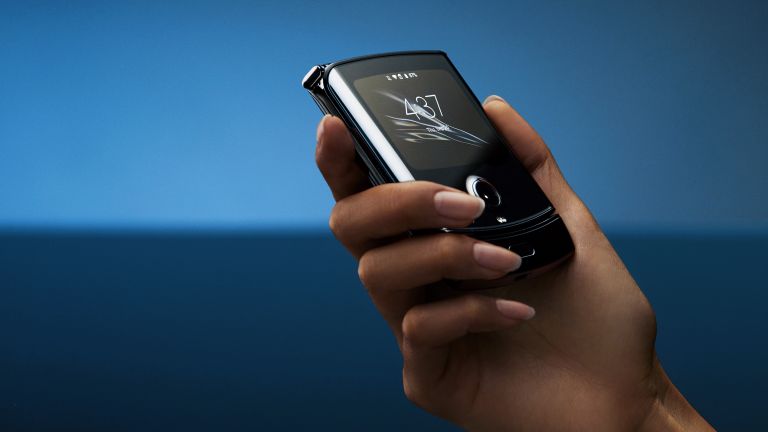 After months of hype surrounding the product, the Motorola Razr 2019 launch has finally happened, revealing a slick, retro design that combines the best of a smartphone and a flip-phone, even if the specs were found to have been a little underwhelming. However, following news that Samsung has been secretly working on its own 'clamshell' folding device, another phone brand is also interested in the design.

Reported by leaksters Tiger Mobiles, Chinese phone manufacturer Xiaomi has been granted a patent for a vertical 'clamshell' folding phone with two front-facing cameras. Tiger Mobiles also provided a better look at how the device would look and function, which can be seen below:

It seems that like the Razr, the Xiaomi clamshell has a hinge in the centre-back of the screen, with what looks like space for a rear camera or secondary display, and two front-facing cameras while folded. Unfolded, the device has a bezel on top of the screen, possibly for a third camera, presumably a pinhole selfie one.

Filed in 2018, the patent has only recently been made public, with more focus on the overall design than any concrete specifications. Although Xiaomi recently released its Mi Note 10 with a 108Mp camera sensor, it's doubtful such a centrepiece camera would be included on a phone like this, especially given the Razr's underwhelming specs. At least, not yet.

This isn't the first Xiaomi folding phone concept to be revealed: the company released a teaser video earlier this year showcasing a phone that folded twice, transitioning from a tablet into a smartphone with a wraparound screen.

Will Xiaomi release either phone in the near future to content with the likes of Samsung Galaxy Fold and Motorola Razr? Time will tell. To keep an eye on Xiaomi's 2020 release schedule and the latest in the emerging market of folding phones, stick to T3.