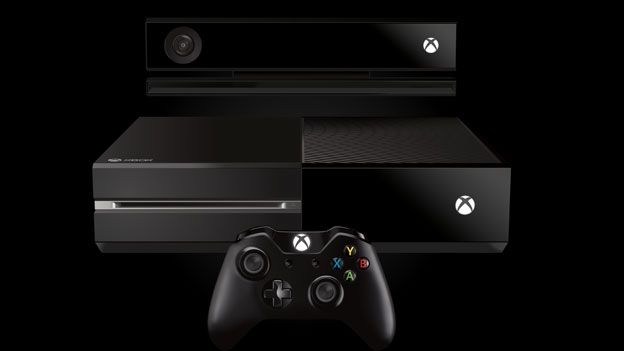 Xbox One has been unveiled at Microsoft's next-generation console reveal event in Redmond, Washington

After months of speculation and rumour, Xbox One has finally been unveiled by Microsoft. The software giant revealed its next-generation console to the world's tech and gaming media from its headquarters in Redmond, Washington.

Xbox One was revealed by President of Interactive Entertainment Business, Microsoft Corporation, Don Mattrick, to a tent packed with journalists at the MS campus and fans and media watching via media streams around the world.

"This system is built to amaze on day one," said Mattrick.

The new rival to Sony's PlayStation 4 a does not require a constant internet connection, as had been widely rumoured.

While much of the next-gen machine, set for a winter release, is based around cloud connectivity, gamers will be able to use it offline, too. However, developers can use external servers to boost the console's on-board specs, meaning that some games will inevitably require a connection.

The new Xbox packs in an AMD processor eight times faster than the Xbox 360, 8GB RAM, a 500GB hard drive, a Blu-ray player that supports 4K output, gigabit ethernet and a new proprietary wireless protocol to reduce latency. The console weighs in at around 7lbs, the same as the original Xbox 360, but is 10% larger in size.

A new 1080p, 60 frames per second HD Kinect comes packaged with every console. The peripheral now has 60% better field of vision, Active IR tech to eliminate light interference, can track six skeletons at once compared to the Xbox 360's two and has vastly superior voice recognition.

The tweaked controller adds rumble to the triggers and a microUSB port for charging, shifts the battery replacement for better weight balance, and replaces the 'Back' and 'Start' buttons with 'Apps' and 'Play/Pause'.

Microsoft also outlined its ambitious plans to redefine the TV space, displaying many features that people have expected of an Apple TV, such as voice-activated EPGs, Zeebox-style social features and original programming.

"When Apple shipped the iPhone, people realised what you could really do with a smartphone," Yusuf Mehdi, Microsoft IEB's senior vice president of marketing and strategy, said to T3. "We think the same thing is going to happen this year with television.

"While this generation of consoles has sold around 300 million units, and many experts believe the next one will be upwards of 400 million, we think if we can go broader than being just a console, we could go upwards of a billion units over the next decade."

An HDMI port on the new machine also lets you plug in your current set-top and control everything from your Xbox, with bespoke content deals being worked on.

Microsoft also followed PlayStation's lead and attempted to woo game developers, not just with the complimentary server space to outsource computing power, but with a partitioned operating system that keeps gaming and other services separate – for quicker multi-tasking for you, and a better working environment for them, apparently.

"Developers want predictability and need to know exactly what they're working with," Boyd Multerer, Xbox's director of development, told T3. "So to provide both, we're running three different operating systems at once. Developers don't have to worry about apps and TV taking their resources and can optimise graphics, textures and audio to make the very best game."

Xbox One can turn on a user's TV, help them surf live channels, switch between stored media and live TV and games with voice commands. Users can also use Snap Mode to set up split screen interface.

"This is the beginning of truly intelligent TV," said Mehdi.

Marc Whitten General Manager of Xbox Live at Microsoft Games Studios unveiled the next generation of Kinect, which comes bundled with the console.

"Kinect is completely redesigned to respond to you, your voice and your gestures," said Whitten.

Whitten also showed off the new Xbox Live experience, which will be powered by more than 300,000 servers. User's content is available and stored in the cloud and is available at any time. Users will have a dedicated gaming DVR to capture game footage and save it to the cloud.

"Microsoft plans to make release 15 exclusive new games in the first year of Xbox One," said Spencer. "Eight of which will be brand new IPs."

Xbox One will also be able to offer a TV-viewing experience tailored to the needs of each individual user.

343 Industries' Bonnie Ross took the stage with Entertainment and Digital Media President of Microsof Nancy Tellem to announce a TV series based on the Halo gaming series, which has director Steven Spielberg attached.

Don Mattrick said that Xbox One would be released around the world later this year. He also said that many of the console's blockbuster titles would be revealed at the E3 video games expo in Los Angeles next month.

Activision's Eric Hirshberg closed out the presentation by unveiling the new trailer for Call Of Duty: Ghosts, the DLC for which, will launch first on Xbox One.

The new Xbox was revealed at an event on May 21 streamed live from Microsoft's Redmond campus in Washington state. But T3 had an exclusive behind-the-scenes look weeks ago, before the name had been finalised, and even got hands-on with the controller.

The new Xbox One up close