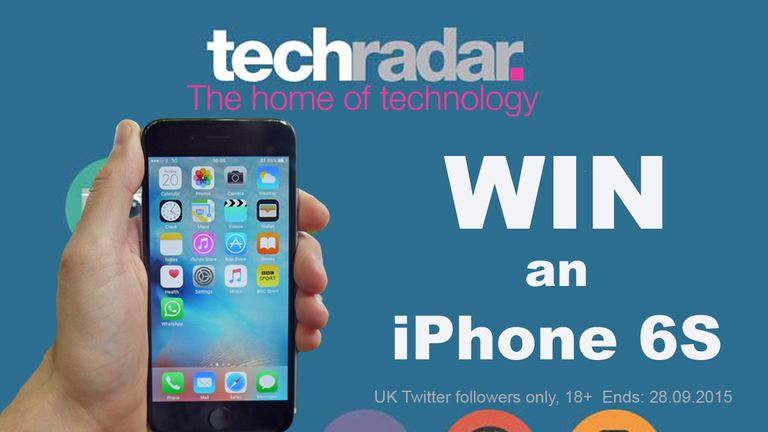 Our friends at techradar have relaunched today and to celebrate it's giving you the chance to WIN aniPhone 6s.

As well as bringing you the usual plethora of comprehensive news and reviews, techradar is also extending its coverage in some breakout areas - car tech and wearables - as well as launching a new How To section and updated homepage.

To enter, all you need to do is tweet @techradara photo showing why you think you need a brand new iPhone 6s. Perhaps you've got a broken phone, or your screen is cracked or you have a BlackBerry. Whatever, just tweet them your picture.

1. Photos must feature your existing phone in its current state

4. Entrants must be following us at @techradar on Twitter, those who enter but aren't following will be disqualified.

6. Entrants must be 18 years old or over, and based in the United Kingdom. Proof may be required.

All posts which meet the above criteria will be judged by the techradar team and an independent adjudicator, who will pick the photo from a shortlist of entries.

By taking part in this competition, you agree to be bound by the terms and conditions below, as well as the Competition Rules: http://www.futureplc.com/competition-rules/