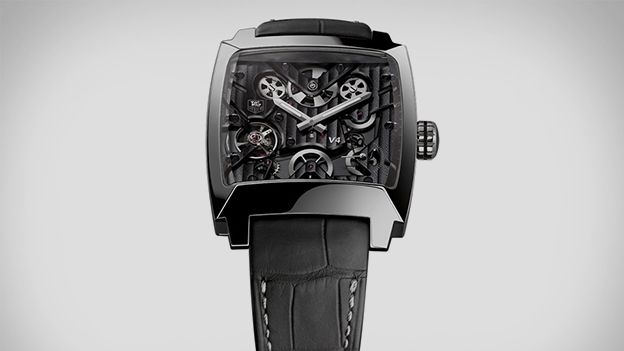 This looked like it might be the big one. A watch from Tag Heuer, a giant of Swiss watch making and "two huge companies from Silicon Valley". Well, not quite.

Despite not revealing price, functions or what it might look like, Tag Heuer did cause quite a stir at Baselworld 2015 by announcing a partnership with Intel and Google, to make an Android Watch.

So while other brands at Baselworld, the world's number one watch show, either dabble around the fringes of smartwatch tech or shove their fingers in their ears and go "La-la-la-la-la-not-interested-in-smartwatches," Tag Heuer today declared a desire to launch a bona fide Apple Watch rival. Even if it then failed to announce its shape, price, launch date ("by the end of the year" at the press conference, "October to November" when we spoke to a spokesperson).

It will definitely run Android Wear so despite denials at the pres conference, it won't work with iOS, unless Apple has a huge change of heart and lets Google have its own Android Wear Store within the App Store, Google decides to waive its cut of the profits on Android Wear apps, or hell freezes over and bears cease to shit in woods.

So what we'll have is a chunky, lavishly tooled, Android Wear watch. We would have to assume that the crown, chrono buttons and bezel characteristic of Swiss watch making would play some sort of part in controlling it. But basically, it'll be an Android Wear watch that costs around £1,000.

Tag Heuer is the perfect brand for this tie-up, being built around avant garde flair rather than anything approaching polite "good taste". Quite what the boys at Intel and Google will make of working with such a quintessentially European, flamboyant, macho brand, we wouldn't like to venture.

What further details were there at the launch? None. But even so, WHAT a launch.

It was presented by the comedy double act of Tag Heuer board member, mouthpiece and horological elder statesman Jean-Claude Biver, and current Tag general manager Guy Sémon. Biver is 40 years at Basel, man and boy, and pounds the table whilst shouting things like, [Tag Heuer brand ambassador] "Carla Delevigne is very attractive! But too young for me! TOO YOUNG!", and "BEFORE YOU LEAVE YOU WILL EAT MY CHEESE!"

Sémon, meanwhile, furrows his brow and wonders how he's meant to follow his more, ahem, flavoursome spokes-mate, who graciously plants a kiss on him by way of introduction.

So while Sémon and the reps from Google (David Singleton, director of engineering, Android Wear) and Intel (Mike Bell, general manager, New Devices Group) mouth say usual press conference stuff - Singleton's "Google has a great tradition of bringing information technology to life and we're excited to bring that heritage to watches," being particularly cherishable - Jean Claude yells about his cheese and cows and gives every appearance of thinking Google invented Android Wear specifically for Tag.

"Has any other watch used this software?" he asks at one point, to which Singleton gamely replies, "Not a Swiss luxury watch… We do things with other partners as well but what we're talking about here is a very special Swiss smartwatch."

Other high points include Biver introducing his new collaborators by saying, "These men are not normal!" Clarifying, after what felt like quite a pause, "They are geniuses!"

Then there was his casual refutation of the suggestion that not being able to label such a watch "Swiss made" might be a problem - "On such a watch, having 'Intel Inside' on the packaging might be more important!" - and the eventual cutting of a grotesquely oversized but undeniably delicious cheese.