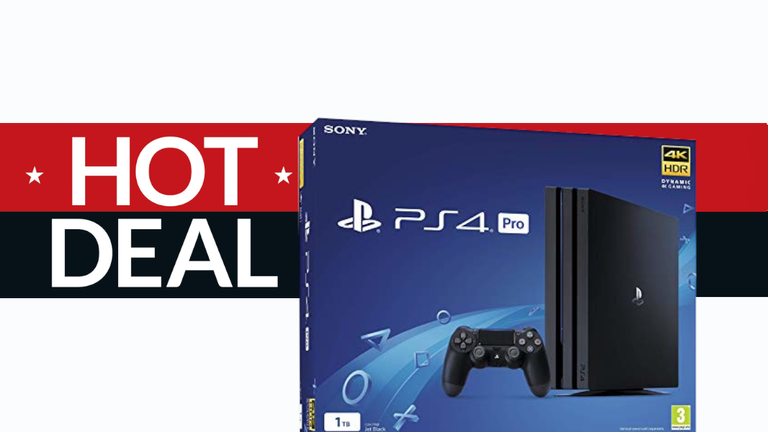 The PlayStation 4 Pro is a must for this generation, with 4K HDR support, graphic-enhancing boost mode, and a lineup of some fantastic, critically acclaimed platform exclusive titles. And right now, you can pick it up for 25% off.

Unlike the PS4 which is available in both a 500GB and 1TB model, the PS4 Pro only exists in a 1TB variant and it's difficult to find it for less than £300, so if you do, you should seize the opportunity to grab it. Whether you're upgrading from a PS4 or expanding your entertainment centre, it's a great chance to try out some of the best games we've seen this generation.

1TB PS4 Pro console | was 9 | now £299.85 at ShopTo
In what is a very rare instance, Sony's fourth generation console is being discounted by 25% at ShopTo, down from £399.99. It's not a bundle deal, so if you've been looking to upgrade from a PS4, now's the ideal time. You'll be hard pushed to find the console on its own or bundled with such a big discount.View Deal

While we're expecting the PS5 to drop next year, it won't be before May 2020 and who wants to wait that long to embrace 4K gaming? Especially with some phenomenal first party titles that deserve to be played as they were intended. Even better, Sony has added the cream of the crop to its PlayStation Hits Collection, which means you'll be paying around £15 for some of the best games out there right now.

The fact that you can pick up titles like Horizon Zero Dawn, The Last of Us Remastered, and God of War for just £15 makes a standalone PS4 console deal a very viable one.