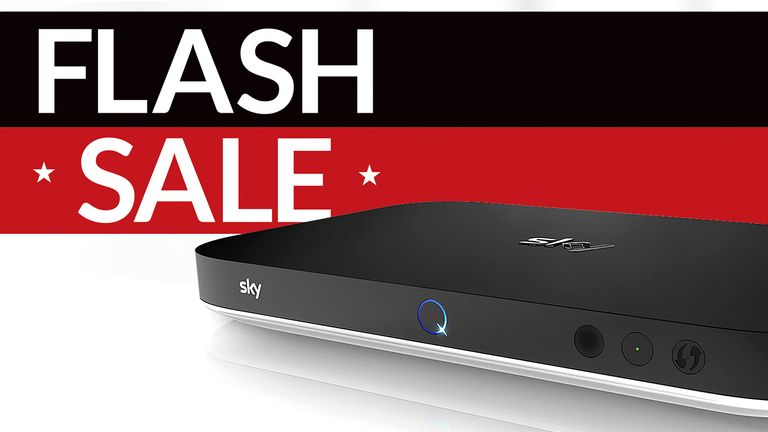 With the chestnuts roasting on an open fire, and the Now That's What I Call Christmas playlist firmly on repeat, you're probably planning to spend more evenings bingeing on the latest box set with a mulled wine and a festively-decorated Quality Street tin.

It's fortuitous then that Sky just unleashed a bumper new discount on its Sky Q subscription to make sure you have plenty to watch during the long winter evenings.

Sky has slashed more than £300 off the total price of an 18-month Sky Q subscription, which bundles the Sky Cinema, Ultimate On Demand, and Sky Kids packages. These additional channels will be included alongside the 300 channels, including Sky Atlantic, Sky One, MTV, SyFy, Fox, National Geographic, Discovery, Comedy Central, Sony and VICE, that are available with the basic Sky Q subscription.

All of these channels are available in 1080p High Definition.

However, it's worth noting the bundle is TV only and does not include broadband.

That's not going to be a problem if you already have a home internet connection, but it's something you'll need to think about if you want to take advantage of Sky Q's built-in catchup services, like BBC iPlayer and ITV Encore, as well as the new Netflix integration with Sky Q, that's included as part of the Ultimate On Demand package.

There's also a £20 setup fee to pay to get your all-new Sky Q kit up-and-running. If you want to upgrade to the flagship 2TB Sky Q set-top box, which lets you record six shows simultaneously while watching a seventh live, and supports Ultra HD broadcasts and on-demand, that one-off set-up fee rises to £199.

The latest Sky Q deal ends at midnight tomorrow, Thursday December 20, 2018 so if you're interested, it's worth adding it to your shopping basket sooner rather than later.