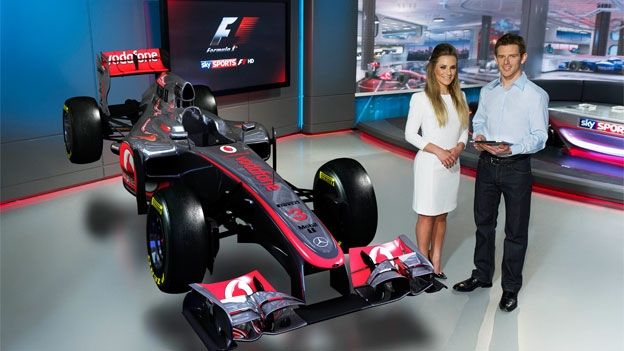 Ahead of this Friday's release of the Sky Sports F1 HD channel, broadcaster Sky has revealed that whilst it plans on bringing comprehensive F1 coverage to the iPad, it will not be bringing its Formula 1 content to Android devices at launch.

Confirming that it will bring live and interactive F1 coverage to its iPad locked Sky Sports app, Sky has suggested that lack of interest in the Google filled tablets has deterred it from developing for Android.

“At the moment we do not have plans for an Android version on this service,” David Gibbs, Director of Sky Sports Digital Media said in an interview with T3 over the company's planned Formula 1 coverage.

He added: “This is focussing on the tablet market at the moment, and we see the majority of usage coming via iPads so we need to make sure we are delivering the best experience possible for as many of our customers as we can. As such we have chosen to launch on the iPad.

“If Android tablets reach significant scale for us then we would look to it but at the moment this will be an iPad only service.”

Having ruled out the Google OS, Gibbs has also revealed that the company's newly adopted F1 coverage will not make the jump to smartphones either citing the iPad's superior screen size as the reason for its iPhone trumping prowess.

“This is principally a tablet device. We think it would be very hard to make a multi video service like this work on a phone due to the sheer logistics of the screen size. We're not convinced that would be a great user experience.”

Will you be making use of the Sky Sports iPad app and all its F1 glory following its release ahead of the first F1 race of the season? Let us know via the T3 Twitter and Facebook feeds.