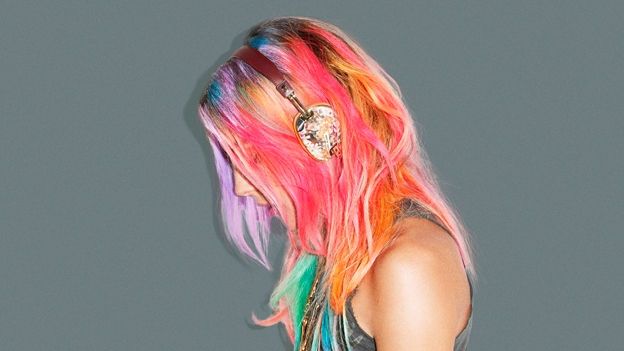 Skullcandy did its research, turns out men generally aren't very good at listening to things so they've gone and made some headphones just for women

According to some fairly damming research by Skullcandy men and women hear very differently with women able to hear 10x the low frequency sounds that men can at low volumes.

This rather inconvenient truth (for men) means that women generally have far better hearing than men, so they don't need the brute force tuning that most modern headphones have.

As such Skullcandy's new range are specially tuned for the female ear canal which means both the new Knockout on-ear headphones and Bombshell in-ear earphones both completely custom EQs.

Both headphones feature tailored designs taking into account the fact that women generally have smaller ears and heads. This means less chance of the 'clamping' effect that unisex headphones can cause for ladies (and small men).

T3's Multimedia Journalist and all-round woman Rhi Morgan has cast her eye over Skullcandy's new female-focused cans and she's not as unimpressed as you might think:

"I've worn the Monami headphones that were made specifically for women in the past. Those were designed to accentuate your cheekbones and although they didn't exactly do that they were at least comfortable and suited my ear and headshape."

"It's interesting to see companies tailoring their products to the fact that men and women are different and I'll give these a listen when they turn up in the office.These headphones aren't just aimed at women because they're pretty. There is some science behind them. It's also good to see that Skullcandy hasn't only released a pink colourway of the headphone, that's often typical of tech aimed at women. You could go all girly with the floral or understated with the sky blue or black.

"That said, I've always been perfectly alright, physically, with in-ear and over-ear cans that weren't designed for women in the past. Maybe these will be a revelation. Or not."

If these sound like the headphones you've been waiting for, you'll have to wait a little longer, they won't be available until June 1st when they'll cost £79.99 for the Knockouts pictured here and £39.99 for the Bombshell in-ears.