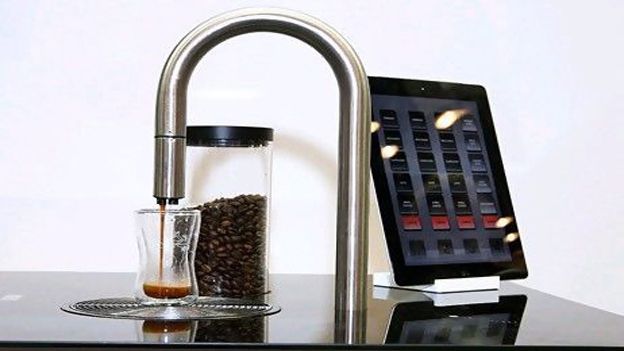 As of today, members of the UK public can order their coffee using the app-controlled TopBrewer machine – so long as they live in Milton Keynes (video below)

Visitors to the John Lewis Partnership flagship store in Milton Keynes will be the first to order their coffee using the futuristic new system, which is operated via a touch screen panel and allows customers to tailor their coffee to their individual requirements.

Customers will also be able to order via their iPhones and iPads when the TopBrewer application is launched on the App Store later this month.

The TopBrewer Coffee faucet appeared on YouTube back in December, racking up some 700,000 hits since.