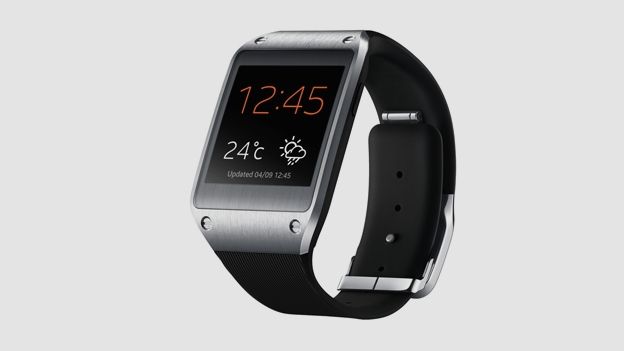 The future of technology is, arguably, going to be on your body somewhere and last month Samsung compiled a new report to discuss just this.

Wearable technology is pretty big right now and Samsung has brought together industry experts, journalists and engineers to compile a report on what it sees as the current and future state of this part of technology.

Sammy's homework on wearable tech illustrates how this trend is starting to take off, with initial sales of the Samsung Galaxy Gear smartwatch (which was released back in September 2013) topping 800,000 in the first two months.

Despite this, according to research from Mintel, only 6 per cent of the UK had used performance monitoring equipment in the year to April 2013, highlighting that wearable technology is still new, and - at present - a niche product.

However, its potential is huge, especially in terms of healthcare. Identified as an increasing problem in the UK. Samsung's report argues that obesity could be tackled by wearable devices, which could monitor the behaviour of their wearers and nudge them towards healthier habits.

Alan Payne, Group Digital Director of BUPA, stated: “Another potential is smoking. It's horribly difficult to get people to give up smoking. Psychologically, if you can get people's mind off the urge to have a cigarette for seven minutes, there's an 80 per cent chance they won't have that cigarette.

“Apply that to wearables. Create an emergency button, Dick Tracy-esque. Whether that's somebody calling you, telling you jokes. Something as simple as that – that could be really powerful in getting people to quit.”

Wearable technology is already revolutionising healthcare by assisting doctors. For example, using Google Glass, a Stanford University physician is able to see an operating procedure illustrated step-by-step with images that are super-imposed over the skin of the patient.

They are also able to provide information about patients, such as of any allergies they may be suffering from or any medication they are taking.

However, of those wearing wearable devices, Samsung's research shows that just 19 per cent are over 55. Older consumers could arguably benefit the most from using wearable devices that help them with their health and exercise goals.

Devices could also help with monitoring health indicators, such as blood sugar levels or heart rate, and reminding people to take medication.

What is clear, though, from the report, is that the general feeling is that wearable technology will become increasingly a part of everyday life in the future.