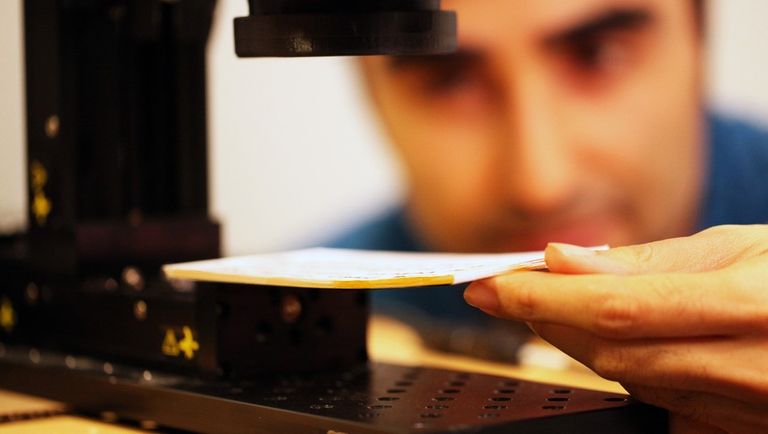 A brand new imaging system unveiled by a team working at the Massachusetts Institute of Technology (MIT) could help historians - and incredibly lazy readers - study the contents of a book ever opening its covers.

The new prototype setup, which uses blasts of radiation to identify letters and images located in thin layers, is perfect for the study of tomes and volumes too delicate to be physically handled.

The system uses small bursts of radiation, or terahertz radiation, to identify the 20 micrometer-thick gaps between each page. The marks on each page are then recreated on screen.

The team has even designed a special algorithm that helps identify any gaps in text and provide the most likely data that would have filled those blanks. Like we said, it could be a gamechanger for historians or those working in industries that need to study thin-layered items.

“The Metropolitan Museum in New York showed a lot of interest in this, because they want to, for example, look into some antique books that they don't even want to touch,” says Barmak Heshmat, a research scientist at the MIT Media Lab and co-author on the new paper. He adds that the system could be used to analyse other materials, such as coatings on machine parts or pharmaceuticals.

Why not check out: 7 stellar gadgets and apps for starry-eyed astronomers