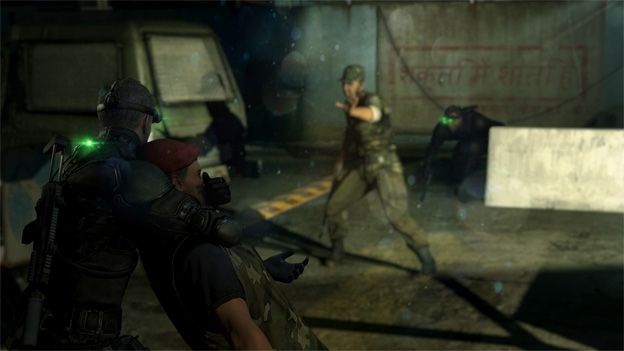 Are we witnessing the end of the pure stealth game? One of the most popular genres of video games may be under the cosh from the huge sales expectations that surround blockbuster titles.

That's the opinion of Maxime Beland; the Splinter Cell: Blacklist creative director recently spoke to T3's Nick Cowen about whether it was possible to make a pure stealth game when it's also a Triple-A release.

"I think the formula is very simple but very complicated. It's a question of quality and money," said Beland. "Attaining the highest level of quality means that you're spending a lot of money and time on your game. It's also about how many sales targets we need to hit."

"I think the challenge facing bigger games like Hitman or Metal Gear is that their budgets are really really big. To break even, you need to sell a lot. Selling 2 million or 3 million copies doesn't really cut it for a $40 to $50 million project,"

Splinter Cell: Blacklist, naturally, does contain a core stealth experience, but it's not something that's forced upon the player. Rather, it's one of a number of playing styles, which also include more action-focused gameplay and combination of stealth and direct action.