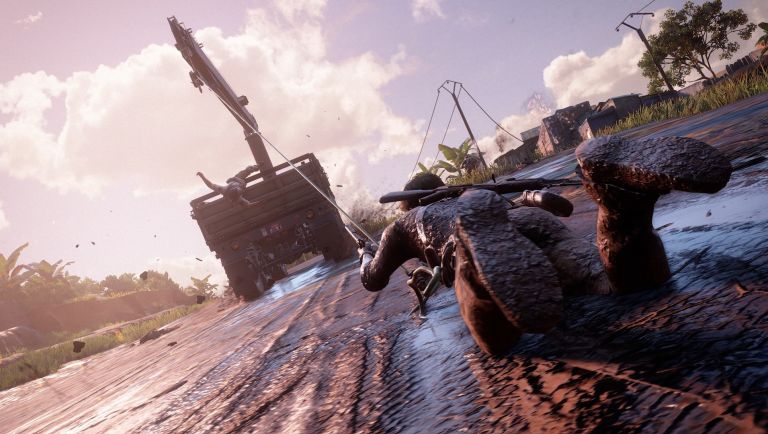 Following a delay that has already seen it slip from March to April, Uncharted 4: A Thief's End has been hit with the delay hammer yet again - the game will now release on 10 May. Naughty Dog, the first-party Sony studio responsible for arguably the most anticipated game of the year, needs just a little more time to get the game ready for launch.

While delays are pretty common with triple-A titles as big as the Uncharted series, its push back into May isn't actually as bad as it sounds. The delay is only two weeks and has been made not to add extra polish (the impression is the game is likely to go gold imminently), but allow ND and Sony enough time for manufacturing so global demand for the game can be met.

"We know this news might be disappointing, and we are sorry to have to make you wait a little longer to play Naughty Dog's latest," comments SCEA president and CEO Shawn Layden. "The good news is that the game is phenomenal — we are fully confident that it will be worth the wait and the team at Naughty Dog is eager as ever for you to experience Nathan Drake's final adventure."

Compared to Square Enix' decision to delay Deus Ex: Mankind Divided by a whopping six months last year (it was originally pencilled in for a February 2016 release), the slight push into May seems a far less Earth-shattering prospect. Still, while we'll have to wait just a little longer to wrap up Nathan Drake's treasure pilfering adventures, ND will still be going ahead with the planned stress test of its multiplayer servers at the weekend. Small mercies, eh?

Via: Sony US Blog

Why not check out: Samsung is opening a new studio to develop VR games for Gear VR