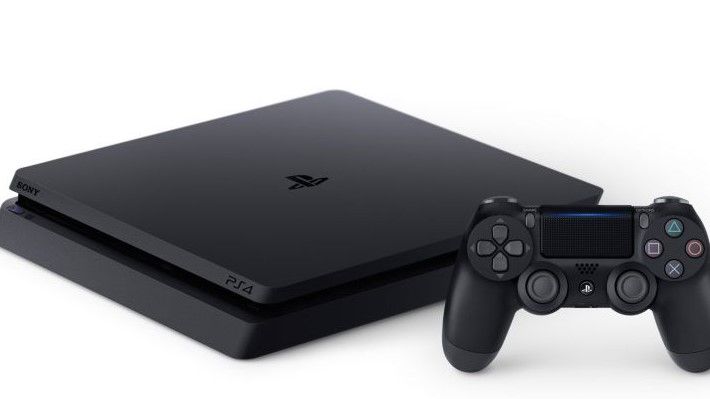 Black Friday has come early for Gamers, with Amazon UK announcing that top console bundle and games deals are now live. Pick of the bunch is this deal to get the 500GB console plus Unchartered 4 and Fifa 17.

Or a similar package gets you the PS4 Slim 1TB console with Uncharted 4 and Driveclub and Ratchet & Clank for just £239.99 at eBay

Check out all the PS4 deals at Amazon UK

Check out all the Xbox One deals at Amazon UK

There will be new offers every day for 12 days including Black Friday itself - but going on for a whole week after that!

Read on for the very latest deals or click the link below to hop straight on over to Amazon:

What types of deals is Amazon UK offering?

The etail giant will be running both Lightning Deals (that last four hours) and Best Deals that usually last until the stock ends – so they might last a couple of days, for example.

Lightning Deals will run on products available at a discount, in limited quantities, for a short period of time.  Amazon Prime members have an exclusive 30-minute early access period to all Lightning Deals – and that includes members on the 30 day trial.

Amazon is also offering its Dash Buttons for just £0.99, but you still get £4.99 off your first order.  Each Dash Button is paired with a product of your choice, which is selected during the setup process. When you're running low, simply press Dash Button—ensuring you never run out of your essentials again.

Some deals will also be available through Prime Now, meaning that 30 per cent of the UK’s population can get their deals delivered in under two hours after ordering,  You’ll be able to get an early start on Christmas shopping with great deals available from day one on gifts from TVs, phones, and audio products, to home accessories and fashion plus there will be awesome deals on some of the most popular toys of the year

Over a thousand Amazon Marketplace sellers are also taking part in The Black Friday Sale, offering double the number of deals compared to last year.

This extremely light weight kindle brings comfort to one-handed reading. So, if like me, you usually wake up to your book smashing you in the face, fear no more my friend.

Weighing at 131 grams, that's apparently the weight of 13 £1 coins, it is the lightest kindle on the market. It's clever ergonomic grip shifts the centre of gravity to the palm of your hand, allowing comfortable one handed reading for hours. Left handed? No problem, it works for both left and right handed people.

If you're old kindle is on its way out? Or you're still yet to convert from hardbacks? Black Friday could be a good opportunity for you to invest. The price may appear steep, but keep an eye on it, we're sure to see some great deals that won't leave you disappointed.

The Amazon Fire TV set-top box is compact to the point of invisibility. At 115m-square, 17.5mm deep only the tiny white LED light gives it away. The top box boast some game changing features from, a microphone remote with voice search recognition, accelerated streaming and an App store populated with games, real games!

Priced at £75 he Amazon Fire is an attractive and affordable alternative to the Apple TV. The interface is intuitive and simple, that even your gran would be comfortable using it.

On Black Friday (where Amazon is likely to be pushing its fruitful Prime subscription service, tied to the best elements of the Fire TV box), we wouldn’t be surprised to see this get a hefty discount.

Looking for a tablet that you can take out and about without making you weak at the knees? Then I introduce to you, the Amazon Fire Tablet - our pick of which is the latest Amazon Fire HD 8 for £85

As an alternative, the 7-inch, 8GB Amazon Fire tablet can take quite a beating for its £49.99 price tag. And as a loss-leading device for Amazon we predict some attractive deals this Black Friday.

When Amazon released their smart speaker, Echo, over a year ago, we were excited to meet Alexa, Amazon very own Siri, but also how the speaker would develop. Fast forward, 18 months and we are witnessing the evolution of the Echo with the launch of the Echo Dot.

Shaped like a hockey puck, the Echo Dot makes the Echo appear huge in comparison. Thanks to Amazon listening to customers questions, 'can't we just connect the Echo to our existing hi-fi? The Dot has all the versatile of the Echo, and the brains of Alexa, just minis the internal speaker.

Not only is the Echo Dot smaller, it is also cheaper and at less than £50 we already feel its worth the price tag. But wait a week or so and we believe it will become even cheaper as prices get cut for Black Friday.

If you weren't quite sold on Amazon's Fire TV or you don't have a 4K TV, then the USB sized Amazon Fire Stick could be the gadget for you.

Like the size, the price tag is small, making it a budget friendly way of catching up on your favourite TV series. And don't be surprised to see prices hacked even more for Black Friday itself.

Though it is not essential that you have Amazon Prime, you can get a lot more fire from the TV stick if you have an account. Like access to Amazon Prime Videos, a rival to Netflix.

Better still, Alexa can now help you find your favourite shows as the stick has been recently updated using the same voice-activated remote that’s used with the bigger Fire TV.

Get one year of Amazon Prime for £79

The £20 off promotion for Amazon Prime has now ended but the service still offers stunning value at £79 for a whole year. For that you get free next day delivery on your orders, as well as access to Amazon Instant Video, Amazon Music and a whole range of other services.