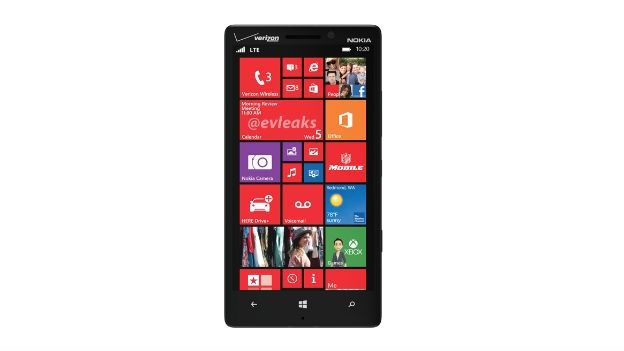 Prolific leaker, @evleaks, has titled the press image of his latest leak as Nokia's new Lumia Windows Phone, the Lumia 929.

The image, showing the device for Verizon in black with what appears to be a large-screen 1080p display.

According to The Verge who reached out for comment from sources familiar with Nokia's plans, te Lumia 929 for Verizon is expected before the end of the year.

@evleaks has also stated that the Lumia 929 will be available in white, but not much else is known.

Earlier this week, a tweet from Nokia's official Twitter feed confirmed that it will be holding a special event on October 22nd.

The Verge has reported that Nokia's Luma 929 has recently pass through FCC certification in the US which means more information should be divulged soon.