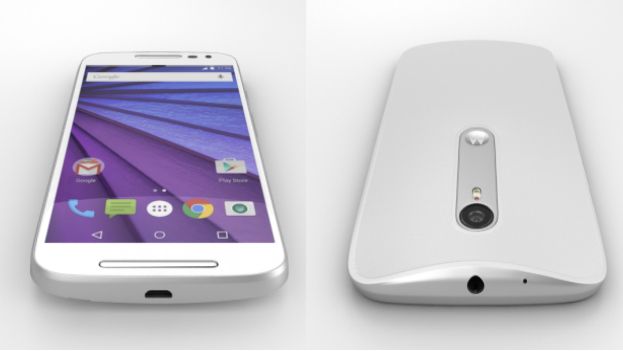 We're big fans of the Moto G series and what it offers; high-end specs at an affordable price. Fortunately then, the 2015 model has just showed up in a series of leaked renders on the web, and it's looking pretty darn good.

The leaked renders arrive courtesy of @OnLeaks a.k.a Steve Hemmerstoffer, who posted the new images on Twitter (via Nowhereelse). The snaps purportedly show an updated 2015 Moto G, the sequel to last year's impressive model.

In his post,Hemmerstoffer says that these renders were made “on behalf of a manufacturer of accessories,” and that there may be discrepancies between these and thefinal release's design, but that these are probably “not too far from the truth.”Either way, the renders here definitely look very good, let's hope they're close to the real deal.

Just like its predecessors, the 2015 model sports a large display and curved rear. On the back, we see the new design element around the camera and that signature dimple with the M logo.

Aside from that, though, the renders don't ruin the entire surprise. Based on previous leaks, we know there'll be dual speakers, both rear- and front-facing cameras, a 3.5mm headphone jack, and an Android 5.0 operating system.

We're also expecting a 5-inch display – the same size as the second-generation model - with a HD 720p screen resolution. On the inside, we hear there's a 64-bit Snapdragon 410 chip, 1GB of memory, 8GB of storage, and a 13-megapixel camera.

That's all we know for now but be sure to stay tuned. Motorola tends to release its new Moto G handsets in autumn, so we're bound to hear plenty more in the next few months.